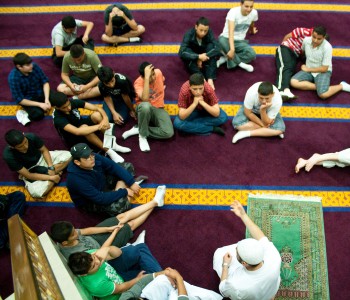 Masjid Imam Ali, commonly known as Lakemba Mosque, was last night bursting with the energy of young Muslims as the monthly SAY IT (Saturday Afternoon Youth Intensive) program continued. More than fifty Muslim boys from the ages of ten to seventeen participated in sporting activities, engaged with overseeing Sheikhs and brought smiles and laughter to everyone with their stage performances.

The program is currently being run by the LMA (Lebanese Moslem Association) with the mutual help and support of Sheikh Ahmed Abdo and many volunteers and follows on from the “I’tikaf” nights; spending the night at a Mosque in worship, during Ramadan where Sheikhs and selfless volunteers conversed with Muslim youth, educated them, recited from the Holy Quran in communion and grew together in what was ultimately a relaxed and enjoyable series of nights.

Last night hearts melted together and voices of the youth were cast and answered in what was a spiritually motivating night.

Worshippers looked on in amazement as the children sat before Sheikh Rameh for the first talk of the afternoon. The talk was based on the epic migration of the Prophet Muhammad peace be upon him which occurred more than fourteen hundred years ago. The event was a landmark one and signified the beginning of the Islamic lunar calendar. Many children sitting attentively before the Sheikh were hearing the story for the very first time. The Sheikh poured his heart and soul into the talk and took the audience on a journey that the blessed Prophet Muhammad peace be upon him took, one footstep at a time. 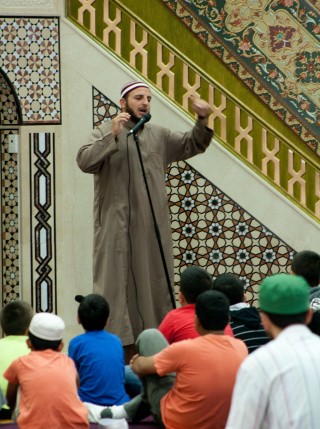 Upon the conclusion of the talk, the eager boys were split up into three groups and were directed to their first corresponding activity of the night.

The three groups of boys rose and followed their overseeing volunteers to their stations. Once composed, a bus waiting outside the Mosque transported the first group of bright eyed children to the Australian National Sports Club, only a minute’s drive away. As soon as the teams were sorted, the action began. Children were running left and right, yells of joy could be heard, the sound of shoes sliding on the woodwork, calls for passes. Finally a goal was scored and the hall erupted. At the end of the sports session the boys were huffing, puffing and ready for the next activity.

Over at the Mosque another group was sitting huddled together actively listening to Sheikh Ahmed Abdo shedding his wisdom.

“Does a Muslim lie?” he asked.

“No!” the children called back in synchrony.

“The Prophet peace be upon him was one day sitting with his companions, just as you are sitting with me here, and he was visited by the Angel Jibril (Gabriel). He said to the Prophet tell me about Islam…”

It was a time for the boys to ask questions and to receive non-withholding answers. They were encouraged to ask whatever was on their mind, as long as it was done with humbleness, sincerity and with the correct manners.

Elderly Muslim men arrived at the Mosque and were pleased to see the youth engaged in good work and sat side by side with the children, listening to the advice of the Sheikh. The barrier between youth and the elderly dissolved in an instant and put on display one of the beauties of Islam. 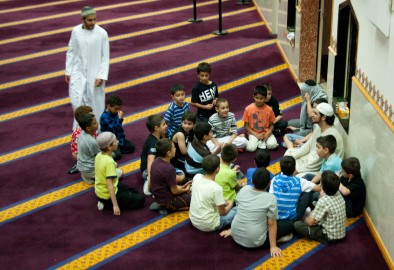 Upstairs in the Mosque the group was further broken down into smaller groups of four or five. Here, it was the domain of stage performances. The boys were each given a topic and were required to act out in a way that was deemed fit and could appropriately deliver a positive message. There were only three rules; nothing rude, nothing offensive to others, deliver a positive message.

Overseen by Sheikh Omar, the performances took centre stage. The first lot acted out a scene about obedience to parents, followed by lying, prayer and backbiting.

“Mum, I am going to the Mosque to pray Isha,” the ‘son’ told his ‘mother’. But his lies were soon evident as he called his friend and instead went out to eat at a fast food restaurant. The boys got caught up with the wrong crowd and were eventually arrested by ‘police’. The audience looked on and were taken by fits of laughter as the performance neared its crux. The ‘son’ was taken to his mother and was exposed. Hilarious as it may have been to watch, the message was delivered. Lying is ephemeral, it can lead to worse problems and the liar is eventually caught.

Indeed, it was a team building exercise that carried with it many positive messages. 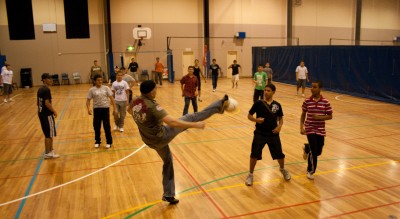 As the time neared for the dusk prayers, Maghrib, the young Muslim boys were rounded up and performed the prayer together with the rest of the Mosque attendees. They stood shoulder to shoulder, young and old, people of all races, everyone equal before the Creator.

New groups were formed based on how well they recited from Holy Quran and each group was given lessons accordingly. The Mosque was littered with small study circles, each at its own degree of understanding, each benefiting from the instructing Sheikh and reciting for the sake of Allah. It was a beautiful sight, the sound of children reciting from the same book, the same book that was revealed fourteen hundred odd years ago. A low hum could be heard and peace was restored to the Mosque.

The final events of the night involved Anasheed or Islamic songs that everyone joined in on. Together with one voice the boys recited, the chorus led by Sheikh Mustafa.

The night was concluded with gifts for the outstanding listeners and dinner downstairs. The whole crowd sat on the floor and enjoyed the pizza, shared jokes and eventually set off their own ways. 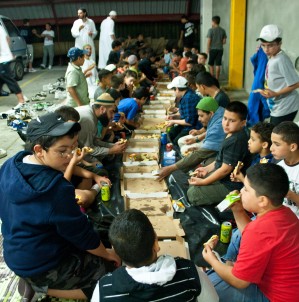 The night successfully managed to bring together the youth, to foster a sense of belonging in them and to educate them in their faith.

Special thanks to Sheikh Ahmed Abdo, Sheikh Omar Habbouche, Sheikh Rameh Zaoud and Sheikh Mustafa Halloum for shedding their wisdom and spending their experience to make the night a blessed one. To the volunteers for their tireless efforts, for their support and their selflessness and a big thanks to the LMA for their continued support of the community and their prowess in running such community projects.