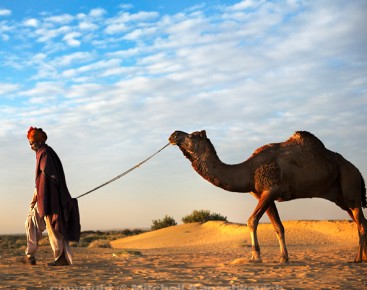 Broken Hill’s cultural organisations have been credited with “reviving the Afghans” by a leading Australian Muslim pioneer.

The late Mr Kemal Ismen singles out the efforts of Broken Hill in a long awaited historical documentary film which explores the positive contribution Muslim individuals and communities have made to the development of Australia.

In recognition of Broken Hill’s long association with the Islamic faith, the documentary “In the Footsteps of the Ancestors – Muslims Down Under” will have its premiere screening in the city on Thursday December 9.

The event has attracted national and international attention through the Middle-East based television network, Aljazeera, which broadcasts to more than 220 million households in over 100 countries.

“The (Broken Hill) cemetery is regularly visited by the grand children or great-grandchildren of the Afghans because the cultural organisations in Broken Hill revived the Afghans and told them they have a culture of their own,” the late Mr Ismen recalls in the documentary.

As part of the celebrations Broken Hill’s historic “Moslem Mosque”, which was erected in its present form in 1903-04, will be acknowledged and used for a full day of prayer on Friday December 10.

“Already this year the Mosque has drawn international visitors from Pakistan, London, India, Germany, South Africa and New Zealand which gives you a clear indication of the high standing it holds among the Islamic faith,” Mr Cuy said.

“Australians from five different states and territories have also passed through the historic Mosque at the north end of Williams Street and with more than a century of history behind it the Mosque remains an important part of Broken Hill’s – and the nation’s – heritage.

“That is part of the reason why City Council has supported the premiere screening of this documentary with a Mayoral reception on December 9,” Mayor Cuy added.

Documentary-maker Nada Roude will lead a delegation to Broken Hill and along with the Mayoral reception and premiere screening at the Regional Art Gallery in Argent Street will tour the Mosque and Muslim section of the Broken Hill cemetery.

“The documentary encourages a greater effort in understanding and appreciation of Islam and Muslims where sharing knowledge, and sharing stories, is one of the most important ways of building a genuine sense of community in Australia,” Ms Roude said.

“It strengthens the belief in fairness, equality and respect, the values we aspire to in Australia.

“In the longer timelines of Australian history, Muslim people have a little known story. This documentary seeks to explore the story, in the footsteps of the ancestors,” she continued.

Afghan cameleers were among the first Muslims to arrive in Broken Hill in the late 1880s and respected author, Ms Hanifa Deen Oswald, believes their recognition is long overdue.

“The Afghan cameleers are what I call the silent pioneers,” Ms Oswald says in the documentary.

“Without the camels Australia would not have been able to advance because the bullocks and the horses could just not manage that rough terrain,” she continued.

Since World War II Muslims have come from Turkey, Lebanon, Bosnia, Kosova, Pakistan, Bangladesh, Iraq and Afghanistan. Over 340,000 Muslims were counted in Australia in the last Census in 2006 and at least 128,000 have been born here.