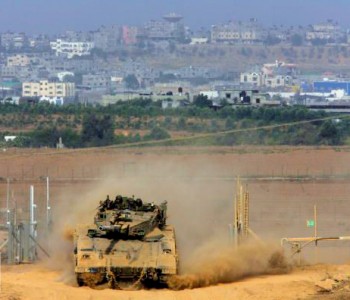 Where land swaps are needed, it must be done on a one-to-one basis, unless one party offers the other land with special strategic or economic value that calls for different treatment.

The Americans’ request that Benjamin Netanyahu mark the borders of a future Palestinian state – and state the percentage of the West Bank from which Israel would withdraw for the sake of its establishment – has yet to be answered publicly. It is a difficult question to answer, and one that gives rise to the question of just which principles should be adhered to when setting the border.

The start of border negotiations is tremendously important. A border is a man-made artificial creation created by a people to express their sovereignty – as well as territorial aspirations – on their land. A border has a direct influence on the lives of those living along it, and the border is often far more important than the route along which it is set. A border turns land into a birth right, organizes the public’s conception of sovereignty and creates a connection between a nation and its territory. In the case of Palestine, it will be unable to start building itself up as long as its borders are not set and agreed upon.

The future border between Israel and Palestine needs to be marked with a view toward ending the Middle East conflict. It will need to be based in as much as possible on topographic features clearly visible on the ground. Regardless of its exact path, the agreed-upon border will have to also be recognized by the international community.

But there are a few more essential criteria in determining the nature of the future Israel-Palestine border. It must include crossing points for people, goods and agricultural produce. It has to ensure the existence of contiguous land on both sides. Where land swaps are needed, it must be done on a one-to-one basis, unless one party offers the other land with special strategic or economic value that calls for different treatment. What’s more, the border needs to include as few Palestinian population centres as possible on Israeli soil, and vice versa. Should Arab communities in Israel be included within the borders of Palestine, the move must be preceded by ballot measures for populations on both sides of the border area in question. Border demarcation must also take into account existing or planned infrastructure, and must allow Palestinians reasonable movement from the West Bank to Gaza and back, but without harming Israeli sovereign territory.

There is, therefore, not one particular solution for setting the border. Instead, it will have to take into account a variety of geographical criteria at every segment of the frontier – whether that be several meters or several kilometres – and only with the agreement of both sides. Otherwise, we will again find ourselves with a distorted border like the Green Line of 1949.