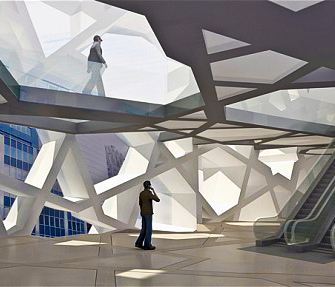 The developers of an Islamic community centre and mosque near Ground Zero in New York have applied for millions of dollars in public money from a post-September 11 reconstruction fund.

The Park 51 group has risked reigniting a debate over its project by requesting the grant, which is reported to total $5 million (£3.1 million), from the Lower Manhattan Development Corporation.

Its plan to build a base for local Muslims two blocks away from the World Trade Centre site is opposed by a majority of Americans, polls suggest, and has been criticised by high-profile Republican politicians.

President Barack Obama was also criticised after endorsing the project before backtracking and saying he had only meant that it was legally entitled to go ahead.

The taxpayer-funded scheme is designed to provide money for projects to “meet the needs of Lower Manhattan residents, workers, and communities resulting from the events of September 11.” The Corporation’s website states that religious organisations may only be awarded funding for “a facility or a portion of a facility that is dedicated to non-religious activities or uses”.

If Park 51’s application is successful, it is thought the money will be spent on educational projects at the community centre. The proposal prompted sharp criticism from opponents of the centre’s construction.

Michelle Bachmann, a Republican congresswoman for Minnesota favoured by Tea Party supporters, said on Twitter it was “outrageous to even consider federal funds go to building a mosque at Ground Zero”.

A spokesman for the developers stressed that as well as a mosque, the centre would feature a gym, a pool, a 9/11 memorial and other facilities, and would provide a boost to the local economy.

“This community centre will provide hundreds of construction jobs over the next few years and when opened will provide 150 permanent jobs,” the spokesman said.

The Daily Beast, a news website, reported that Park 51’s application was for $5 million, far exceeding the $100,000-$1 million recommended by the Corporation.

A spokesman for the Corporation declined to comment on Park 51’s request, saying it had received hundreds of applications for grants.

“We are now turning to the challenging but important task of sorting through the applications to identify those that address long-standing community and cultural needs,” the spokesman said.