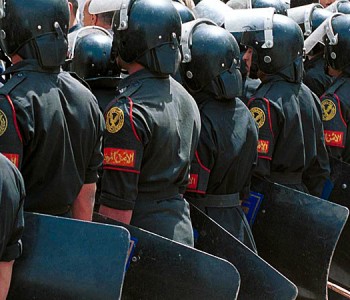 Al Jazeera’s Ayman Mohyeldin examines the key to controlling Egypt ahead of a parliamentary election.

It is that time again when Egyptians will head to the polls to drive the democratic engine of the Arab world’s most populous country.

But if anyone is expecting that engine to send the country into a fiery jumpstart, do not hold your breath.

Sad to say, the engine is puttering along and could use a kick-start, but the question on everyone’s mind, both inside and outside government, is when, how and who exactly will begin the process.

Most Egyptians agree on one thing, though – they are all tired of being kicked around.

Sure, the democratic processes in Egypt are there, well written on paper for all to see. Yes, pluralism exists in the political parties. Indeed, civil society is robust, holding workshops to train cadres of election monitors and observers. True, the media has been emboldened to be more daring in issue-driven coverage of the country.

So what is missing in Egypt’s democracy or, as it is often called, “sham-ocracy”?

Everyone believes it is someone else’s responsibility rather than his or her own. Neither the individual voters, nor election monitors, opposition papers or political parties believe they can make a difference. That lack of belief stems from the systematic and deliberate marginalisation of a people for nearly half a century.

There are three loose groupings in Egypt: the guns, the banks and the people.

Control any two out of the three and you can control the country. The question is, which two are the most important to control? You can learn a little from each of Egypt’s presidents, what each opted to control during their terms in office.

In the 1950s, a popular revolution brought to power a young Egyptian military officer. Gamal Abdel Nasser was a military man, but he was also emboldened by massive popular support that extended beyond the borders of his country.

Controlling the military, and with the support of the people, Nasser ruled Egypt until his last breath, through a tumultuous period of independence, industrial prosperity and crises that earned Egypt its place in the international community.

Despite criticism, most view Nasser’s presidency as the penultimate period of Egyptian and Arab pride, and more importantly, social and economic development.

In short, Nasser’s socialist policies earned him the disdain of capitalist countries, but his military backing and control of the street ensured he and Egypt were a force to be reckoned with when it came to regional issues. Nasser ruled the military and the people, but never the banks.

Anwar Sadat, Nasser’s successor and himself a military officer, had a different vision. After coming into power, Sadat used his military credentials as a hero of the people, having restored national pride in the military after reclaiming Egyptian territory lost to Israel in 1967.

But despite his military success, Sadat opted to forgo the socialist and pan-nationalist policies that made his predecessor so popular with the masses.

In essence, Sadat gave up the street and popular support and began to shift the country towards more market-oriented capitalist policies. The power of private businesses and the banks began to take over Egypt creating a new and powerful wealthy elite that had been marginalised by his socialist predecessor who had nationalised key industries.

Sadat controlled the military, let go of the people, and began to bring in the banks.

He was showered with American praise and billions of dollars in aid for making this shift and breaking with Egypt’s populist past. But it would come back to haunt him. President Sadat was gunned down by a soldier from the very same military he helped re-establish. He was gunned down for doing the most unpopular act imaginable – making peace with Israel.

Hosni Mubarak, the current president and a decorated military officer, continued his immediate predecessor’s policies, but he was not about to let the country’s internal security run amok amidst internal tensions and the growing frustration over Sadat’s marginalising of the street.

So Mubarak began to strengthen the state’s security apparatus and tightened his grip on key security institutions including the intelligence services, the police and the military.

Mubarak appeased the military by filling its pockets with billions of dollars of American aid, and he allowed it to become a business enterprise in its own right.

With the backing of the military, he accelerated the privatisation of Egypt and introduced even bigger businesses to the country. He opened Egypt to greater foreign investment and trade and by extension greater foreign control.

Banks and industry in Egypt swelled. Sadly the wealth was not shared among the masses who continued to get poorer while the elite got wealthier. Mubarak chose control of the military and the banks. He never enjoyed the popular support of Nasser, nor the albeit short-lived popularity of Sadat.

Today, the future of Egypt is being fought behind the scenes over which two of these three groups need to be controlled. But none of the leading major forces in Egypt can categorically say they control two out of the three.

The military will certainly favour whoever recognises its place at the table, so too will the banks, and the people don’t think anyone will care for them.

Gamal Mubarak, the president’s son, leads the new guard of the ruling regime – which is much more capitalist and business savvy. He is likely to accelerate and deepen the capitalist agenda of his father by shifting Egypt away from its socialist-laden welfare policies.

Banks would do very well under a Gamal-esque Egypt – most believe – but the street not so much. And the military? That is yet to be seen, but it is worried that its bloated slice of the Egyptian economic pie could be reduced to free up more state money for big business.

On the other hand, none of the major opposition groups would rank favourably among the military or the banks. The opposition, led by the Muslim Brotherhood, is banking on the people to awaken and drive them to power.

So too is Mohamed ElBaradei, the Nobel Prize winner. He is trying to mobilise the masses into rejecting the regime and forcing change from the bottom up.

ElBaradei pro-democratic calls would certainly be better received by businesses which have been quiet about their support for him, but it is believed he has the backing of some wealthy Egyptians who are watching what he can do on street level.

He would not be a favourable option for the military, however, which would most likely fear he might curb their influence through a reinvigorated system of checks and balances.

Regardless of which two of these groups are controlled, one thing is certain: change in Egypt has historically been driven from the top down.

For those who are hoping the future of Egypt rests with the rise of the people, history shows if you rise to the top from within you have a much better chance of making the people believe they actually matter and bringing about the change that all agree is needed but few dare to pursue.