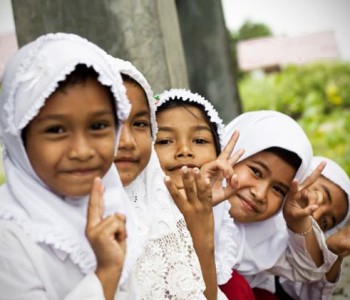 On the face of it, the Australian Government becoming involved in the accreditation of Islamic schools in Indonesia sounds about as unlikely as Madonna giving dancing lessons to the Pope.

However it’s not as implausible as it sounds, and it is about to happen as part of a new partnership agreement that aims to foster development in Indonesia and promote a strong and binding relationship with Australia.

The partnership will focus on a $500 million education program to be managed by AusAid that will see Australian experts involved in school construction, school and district management and Islamic school accreditation.

AusAid has called for tenders from qualified parties to oversee and monitor the program, which will include the building of around 2000 new junior secondary schools, and direct support to 1500 private Islamic schools to reach accreditation against national education standards.

A key to that last part is that Islamic education in Indonesia is a far cry from the extreme religious approach one might expect to find in a country like Iran.

Although Indonesia has the largest Muslim population of any country in the world, Islam there is part of a rich multi-cultural mix, and religious tolerance is seen as the cornerstone of relations between different faiths. Moderation is built into the country’s constitutional framework, and its national motto is “unity in diversity”.

Key priorities of the partnership program include reducing disparities in terms of children’s access to education, particularly at junior secondary level, and improving the quality of teaching and learning.

Tender documents say monitoring the education partnership’s overall performance and impact will be the responsibility of the contractor, and that the partnership will be the face of the Australian aid program in Indonesia.

However Australia has invested in a large number of other aid programs in Indonesia, including systems to improve the health of women and children, halt the spread of HIV and address infectious diseases and pandemics.

AusAid says Indonesia increasingly faces the development challenges shared by middle-income countries. “These include developing a globally competitive economy; promoting equity by opening up opportunities for the poor; supporting a dynamic knowledge sector; and becoming a responsible steward for the world’s environmental heritage,” the aid agency says.