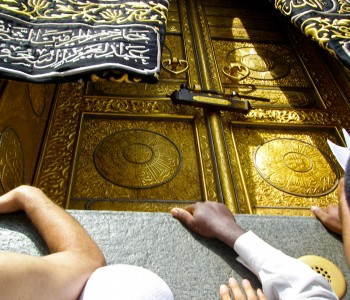 Sheikh Abdul-Aziz Al-Sheibi, the keeper of the Holy Ka’aba’s key, passed away Sunday morning. He was 82. His body was buried in the Maalla cemetery after funeral prayers at the Grand Mosque in Makkah.

Al-Sheibi family has been holding the position of the Ka’ba key keeper since the time of jahiliya (pre-Islamic period). It was inherited by the eldest member of the family and did not transfer from father to son. Age was the basis for the key’s inheritance.

All Muslim rulers have respected Al-Sheibi family being the custodian of the Holy Ka’ba and its key. The family of the present custodians is linked with Sheiba bin Othman Abitalha who lived during the time of Prophet Muhammad (peace be upon him).

Al-Sheibi family has been holding the position since the time of Qusay bin Kilab who lived before Prophet Muhammad (peace be upon him). King Faisal gave the Ka’ba key to Sheikh Ameen, brother of Abdul-Aziz. Sheikh Abdul-Aziz has been keeping the key for the last 16 years. Al-Sheibi family has been serving the Holy Ka’ba for the last 15 centuries. There are 370 members in the family and most of them live in Makkah.

The Holy Ka’ba is cleaned twice a year; once in the middle of the lunar month of Shaaban and the second in the middle of Dhul Qaada using Zamzam water mixed with rose water and perfumed with Oud.

According to Abdul-Aziz, the Holy Ka’ba was kept open three times a month for people to enter and pray inside. But when the number of people seeking to enter the holy edifice increased it was stopped.

The key of the Ka’ba does not change with the change of its door. During the time of King Khaled, the door was changed but the key remained unchanged. The Holy Ka’aba’s door is 2.40 meters high and 1.70 meters wide. The present door is made of pure gold.