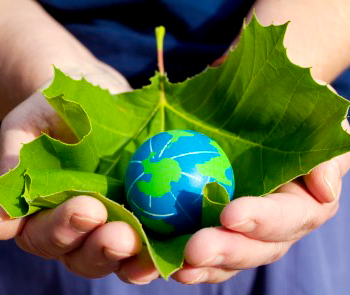 “Islamic religious texts contain various references to the ecological question. It is sometimes amazing how prescient these texts are in light of today’s environmental problems,” said Serafettin Pektas, director of the Brussels-based think tank Intercultural Dialogue Platform. He was speaking at a panel discussion at the European Parliament here Monday afternoon on the topic “Do Muslims have anything to say about Green Politics?” Pektas noted that many Muslims, including Muslim communities within the EU, are hardly aware of the rich Islamic legacy on this topic. Dr. Mawil Izzidien who is considered to be the world’s leading authority on Islamic environmental issues stressed that environment is “part of faith and embedded in Islam. It is not taken from outside.” “Islam emphasizes on the personal human engagement with the environment,” stressed Izzidein who is a lecturer in religion and Islamic Studies at the University of Wales, UK. He quoted verses from the holy Quran, sayings (Hadith) of the Prophet Mohammad (Peace Be Upon Him) and works of Muslim scholars to support his presentation.

In particular, he mentioned one Hadith of the Prophet who said “if you are sitting by the river try to economize with water. Don’t waste water.” He also referred to the works of Muslim scholar Ibn Al-Qayyim Al-Jauziyya who lived in the 14the century on his interpretation of some Quranic verses related with environment issues. The event was hosted by two Members of the European Parliament from the Greens, Isabelle Durant and Ska Keller. Durant said there is a growing interest in religion in Europe and hence it is very important to hear the Muslim view on the issue of environment.

Dr. Fazlun Khalid, Director, Islamic Foundation for Ecology and Environmental Sciences, Birmingham, UK, talked about how Muslims today consider green politics and what their contribution should be to the whole debate taking place at various levels. “Muslims need to put the theology and the Sunnah (the way of the Prophet) into practice,” he stressed explaining an Islamic approach to tackle environmental issues. “Things are getting worse. We need a paradigm shift towards a better life lived within the limits of a sustainable planet,” he said. “We have a system that works,” said Khalid who has carried out environmental projects in Africa and Indonesia. He quoted a verse from the Holy Quran, “Remember Allah’s blessings and do not go about the earth corrupting it,” (Surah VII, verse 74).

Prof. Ibrahim Ozdemir, President of Gazikent University in Turkey, lamented that Muslims today are showing little interest in environmental issues. Ozdemir, professor of philosophy and ecology and religion, called on Muslims living in Europe to taking active part in the environment movement. “If we don’t respect biodiversity we will lose a lot,” warned the Turkish professor. Speakers noted that the global environmental crisis can no longer be denied. Climate change, deforestation and many other ecological problems threaten the quality of life, health and livelihood of all humans and hence cooperation from all levels is needed. In her concluding remarks, Ska Keller said she hoped such panel discussion aimed on Muslim perspectives on the green politics will stimulate an interesting and important discussion in Europe.