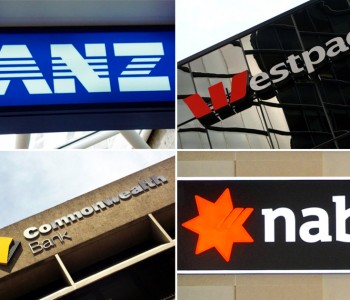 The chairman of the Federal Government’s independent adviser on tax laws, Dick Warburton, says people are over-reacting in the debate on Islamic banking.

The Board of Taxation recently released a discussion paper on the tax treatment of Islamic finance.

Sharia-style banking prohibits the payment and collection of interest and deems that all parties to a financial transaction must share in the risks and rewards involved.

Liberal Senator Cory Bernardi responded to the discussion paper by saying he feared permitting Sharia finance products would lead to fundamental changes in the finance sector.

He said the laws should not be changed to accommodate a system he regarded as incompatible with Western values.

But Board of Taxation chairman Mr Warburton says Senator Bernardi has over-reacted.

He is instead urging people to consider the matter on its face value rather than responding emotionally.

“I think it’s jumping the gun on what we on the Board of Taxation have been asked to do by the current Government,” he said.

“It’s made statements, rather emotional statements, that we should keep out and stop any moves to expand Islamic banking.

“Well, we’re not aiming to do that. We’re aiming just to see if there are any impediments to this.”

Mr Warburton says the discussion paper has found that while there are some differences between existing Australian law and Islamic or Sharia law, the board is not recommending introducing any new laws.

“What we’d be recommending is if there is some tweaking that can be done to our existing laws to meet the substance of the Sharia law then we would probably be looking to recommend to the Government that we do that,” he said.

“But certainly no incentives or no new laws.”

Mr Warburton says Australia will be left out of the financial world if it does not try to accommodate Islamic banking.

“After all, a number of countries are actually utilising these laws – countries such as Korea and Singapore and Malaysia. And so we would only be going along with some of these others,” he said.

“Although … some of those others have brought in new law, we would not be recommending bringing in new law.”

“When they do come up, generally some new ruling is perhaps either sought or given by the tax office to accommodate the substance of these products … this is exactly the same that we’re looking at,” he said.

Mr Warburton says until Senator Bernardi spoke out against Sharia-style banking he had not encountered any resistance to the idea of accommodating the product.

“It just bothers me that it possibly is just playing on emotion rather than fact,” he said.

“There’s clearly some resistance in the community to anything Islamic at the moment … [but] I think you’ve got to look at every one of those things on their face value, not on some emotional feel.”