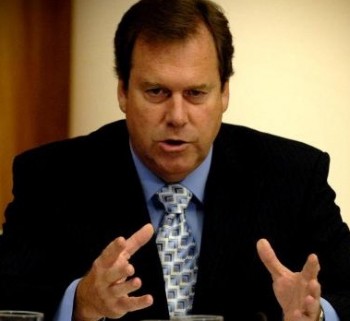 Australia is yet to figure out how to counter home-grown Islamism.

“AHMED” is a refugee in his early 20s, recently arrived in Melbourne from his native Sudan, traumatised and orphaned by the savage civil war that killed his family.

“Bilal” is a 16-year-old third-generation Lebanese Australian in southwestern Sydney, struggling at school, on the verge of dropping out, angry with the world.

These two young men from vastly different cultures and backgrounds are textbook examples of the kinds of individuals who are lured by the ideology of militant Islam. They’re also among the prime candidates for an array of programs emerging across Australia aimed at countering the pull of violent extremism.

Like their overseas counterparts, the authorities whose job is to keep Australia safe from terrorism now recognise that a central element of their efforts – along with relentless policing and intelligence – must be a broader strategy to prevent radicalisation occurring in the first place.

“In terms of terrorism there’s the iron-fist approach, but there’s also very much a velvet glove part of it,” says Mike Kennedy, a former NSW police officer who now teaches policing at the University of Western Sydney.

“It wasn’t that way initially but they’re gradually starting to realise that if they’re going to do this in the long haul – [that is,] stop community groups and individuals being radicalised – you need a model where you actually divert people away from it.”

Experts have been talking about counter-radicalisation for years. But putting the theory into practice is easier said than done, a fact acknowledged in the US in a startlingly frank report released last month, Assessing the Terrorist Threat.

“We are today stumbling blindly through the legal, operational and organisational minefield of countering terrorist radicalisation and recruitment,” says the report from the Bipartisan Policy Centre, a US think tank.

The report asks: “Have terrorists discovered our Achilles heel, in that we currently have no strategy to counter the type of threat posed by home-grown terrorists and other radicalised recruits?”

The question is equally pressing for Australia, and while authorities here are reluctant to admit they are stumbling blindly, even Attorney-General Robert McClelland admits to being behind the eight ball.

“There is no doubt Australia has been very slow to get involved in this. But in my visits to the UK and the US the advice has been now is the time to act, before these groups get out of hand in Australia,” he tells The Australian.

The recently established Countering Violent Extremism Unit in McClelland’s department, set up after the May budget, is working with federal and state police and other agencies to come up with a multi-layered strategy.

Progress is still slow. The unit, modestly funded at $9.7 million over four years, has yet to allocate funds for any specific programs.

McClelland sought public input at a community forum in Parramatta, NSW, in July and plans to hold another in Melbourne before the end of the year. Consultation is critical because no one knows quite what to do.

“That is constantly coming back to me as advice. A lot of these programs [we] are endorsing and supporting on anecdotal reporting rather than statistics, so that is the space we’re working in,” he says.

Among those working at the coalface is the community contact unit in the Counter Terrorism and Special Tactics Operations Group of the NSW Police. It’s a hand-picked team of seven, chosen for their ethnic backgrounds, language and communication skills, to build the essential foundations of a counter-radicalisation policy. “At a grassroots level it’s about community engagement and community policing, engaging with the public, building relationships and trust,” says the group’s commander, Detective Superintendent John O’Reilly. “We have no ability to counter-radicalise anybody, [so] we have to rely on people who have that capacity.”

Just back from a fact-finding trip to Israel and Britain, O’Reilly knows that “working with the community” has to be more than just a motherhood statement; it must be a reality backed by hard-edged policing.

His group has developed a graphic model it uses at community meetings to explain the details of the counter-terrorism laws and who they are aimed at: people defined as extremists and radicals who passively or actively support the use of violence for a political or religious cause. O’Reilly says people are initially suspicious and feel vulnerable, but are ultimately reassured to know the police are not targeting all Muslims.

The Australian Federal Police is taking a similar tack, with its community liaison teams in Sydney and Melbourne, who take part in sporting events for youths considered at risk, and work at camps where newly arrived immigrants are briefed on Australian law and policing. The AFP’s manager for international counter-terrorism Justine Saunders says this community outreach is now a critical part of its CT platform.

McClelland says part of the challenge is there can be no across-the-board approach; every program must be tailored to individuals.”The issues facing unaccompanied Somali men in Melbourne are very different from those among third-generation Lebanese men in Sydney,” he says.

It’s also crucial to combine general community engagement with measures that explicitly target individuals who are at risk of falling under the thrall of militant Islam.

“Some of the best-practice models involve identifying individuals at risk and linking them with mentors. Broader community building is good, especially involving the police, but the most effective in countering violent extremism is this mentoring,” McClelland says.

One such program is being pioneered by Victoria Police in conjunction with the Global Terrorism Research Centre at Monash University. The philosophy is simple: “Prevention is better than cure,” says acting Senior Sergeant Gaetano Ilardi, who is in charge of the project. “It is important to prevent individuals from reaching this stage in the first instance.

“This involves providing support, secular and spiritual, to those individuals who might be succumbing to the extremist message.

“The idea would be to identify individuals who might be vulnerable [and] then divert them away from this behaviour, through the support, in particular, of the Muslim community, especially its imams and religious scholars.”

Ilardi stresses this is not work the police can do on their own.

“Clearly, this is a very delicate and complex situation, as we have no desire to be seen as or to engage in the role of the thought police,” he says.

In NSW, O’Reilly’s group is working up a similar program to provide social support and services to youths who are seen as vulnerable, targeting them for social intervention rather than police attention.

It is also developing a project with Macquarie University, to be given a trial in NSW secondary schools next year, aimed at reducing tolerance to violence among teenagers to make them less susceptible to violent extremism.

Another arm of the project by Victoria Police and GTReC, in conjunction with the AFP and Corrections Victoria, is an intensive study of the three dozen men prosecuted so far on terrorism offences in Australia. It involves compiling biographical data and interviewing former prisoners and, hopefully, detainees.

“We’re trying to understand the tipping points and mechanisms that lead to radicalisation [and] trying to get our heads around what happens when someone tips over into violent action,” says Greg Barton, a lead researcher on the project. Barton’s role is to compare the Australian experience with countries such as Indonesia, Singapore, Britain and Saudi Arabia. One thing to emerge so far is the striking differences between Australia and abroad.

“Here they were small groups, ostracised and on the edges of society, not very well educated and not very competent,” Barton says. “In Southeast Asia you have the whole gamut, including some very organised and competent groups.”

Another observation is how little solid overseas experience there is to go on.

“Singapore has a very well-funded and thought-through program but it’s a work in progress,” he says. “The Saudis have had mixed success. The Indonesian program is very ad hoc.

“The Quilliam Foundation in the UK has done some impressive stuff, but it’s tremendously controversial in Muslim communities.”

Britain’s Quilliam Foundation, set up partly in response to the attacks in London in July 2005 by home-grown terrorists, and which calls itself “the world’s first counter-extremism think tank”, is often cited for its pioneering work in combating the jihadist narrative.

But its effectiveness is undermined by the fact it’s widely regarded in Muslim communities as a mouthpiece for the British government. And there is no way of measuring what it has achieved.

“Success of any counter-radicalisation program will always be difficult to measure, as the only sign it’s working is that nothing happens,” Quilliam research fellow and communications officer George Readings explains to The Australian.

He says the foundation’s initial approach had an unfortunate double-whammy effect, by being simultaneously too narrow and too broad.

“By addressing only violent extremism, it was too narrowly focused to be truly effective, and by focusing on all Muslims it managed to create the false impression in some quarters that the government believed all Muslims to be a threat, thus alienating some of the people that needed to be brought on board.”

Readings says Quilliam has fine-tuned its approach to focus squarely on places where the authorities know radicalisation is occurring, such as prisons, university campuses, online and in certain communities.

At the same time it’s now seeking to combat not just violent extremism, but “the modern political ideology of Islamism”.

“Any attempts to prevent violent Islamist attacks need to challenge the spread of Islamism within a society, even in its non-violent forms,” he says.

On this point, Australian authorities take a more modest approach, believing it is more realistic to seek to deter people from violence rather than trying to change their political or religious beliefs.

“It would be wonderful if we could get total de-radicalisation, but disengagement from violence and from advocating violence as a form of political communication is more feasible,” says GTReC co-convener Pete Lentini.

O’Reilly agrees it would be utopian to try to change people’s beliefs. “As long as they don’t have a mindset to do violence, we’re in a good place.”

Former cop Kennedy is working with the NSW Police on a series of public discussions to take the message into communities.

“We’re not doing away with people’s right to dissent.

“We’re saying, look you can dissent and you can speak out on certain things, but if you go past a certain point of view, you’re very vulnerable,” he says.

“At the end of the day, it’s up to them not to cross that line.”