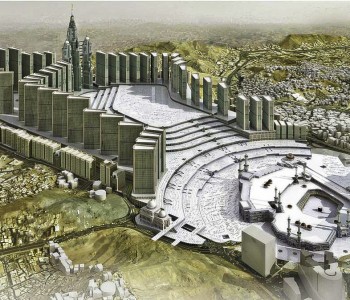 The Mayor of Mecca, Dr Osama Al- Bar, who is also a member of the Central Haj Committee and Chairman and Chief Excecutive of the Mecca Development Authority, has promised that a number of large projects currently underway in the city will be completed by 2012.

Dr Al-Bar was quoted as saying that King Abdullah, Custodian of the Two Holy Mosques, had ordered that the projects must be completed by then.

Al-Bar said the projects earmarked included the King Abdul Aziz Highway between Mecca and Jeddah, which will run parallel to the existing highway.

Construction had already started and that it would be a prototype for future road development in the region, he said.

Another project is the construction of eight slaughter houses with modern equipment with automatic cleaning system, which is also now nearing completion.

There are five other slaughter houses operating under the mayoralty’s authority.

The tunnels will connect the Al-Hujun and Al-Jarwal districts with the Grand Mosque. These tunnels are expected to reduce people traffic in the area.

He added that the King wanted other projects also completed by 2012, including the new annex east of the Grand Mosque, the Jabal Omar project near the Grand Mosque, and the high-speed rail line between Mecca and Medina.