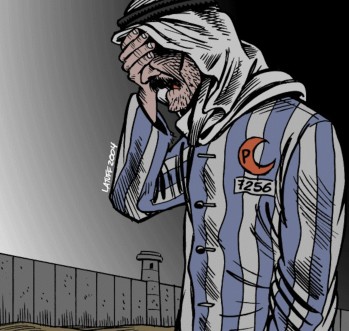 Swearing an oath to a Jewish state will decide its fate. It is liable to turn the country into a theocracy like Saudi Arabia.

Remember this day. It’s the day Israel changes its character. As a result, it can also change its name to the Jewish Republic of Israel, like the Islamic Republic of Iran. Granted, the loyalty oath bill that Prime Minister Benjamin Netanyahu is seeking to have passed purportedly only deals with new citizens who are not Jewish, but it affects the fate of all of us.

From now on, we will be living in a new, officially approved, ethnocratic, theocratic, nationalistic and racist country. Anyone who thinks it doesn’t affect him is mistaken. There is a silent majority that is accepting this with worrying apathy, as if to say: “I don’t care what country I live in.” Also anyone who thinks the world will continue to relate to Israel as a democracy after this law doesn’t understand what it is about. It’s another step that seriously harms Israel’s image.

Prime Minister Netanyahu will prove today that he is actually Yisrael Beinteinu leader Avigdor Lieberman, and Justice Minister Yaakov Neeman will prove he is really a loyal member of Yisrael Beiteinu. The Labor party will prove it is nothing more than a doormat. And Israel today will prove that it doesn’t care about anything. Today the loyalty oath bill, soon the loyalty oath law. The dam will overflow today, threatening to drown the remnants of democracy until we are left perhaps with a Jewish state of a character that no one really understands, but it certainly won’t be a democracy. Those demanding this loyalty oath are the ones misappropriating loyalty to the state.

At its next session, the Knesset is to debate close to 20 other anti-democratic bills. Over the weekend, the Association for Civil Rights in Israel issued a blacklist of legislation: a loyalty law for Knesset members; a loyalty law for film production; a loyalty law for non-profits; putting the Palestinian catastrophe, the Nakba, beyond the scope of the law; a ban on calls for a boycott; and a bill for the revocation of citizenship. It’s a dangerous McCarthyist dance on the part of ignorant legislators who haven’t begun to understand what democracy is all about. It’s dangerous even if only a portion of the bills become law, because our fate and our essence will change.

It’s not hard to understand the Netanyahu-Lieberman duo. As sworn nationalists, they are not expected to understand that democracy doesn’t only mean the rule of the majority, but rather first and foremost that minorities have rights. It’s much harder to comprehend the complacency of the masses. Town squares should have been filled today with citizens who do not wish to live in a country where the minority is oppressed by draconian laws such as the one that forces them to swear a false oath to a Jewish state, but amazingly almost no one seems to feel affected. 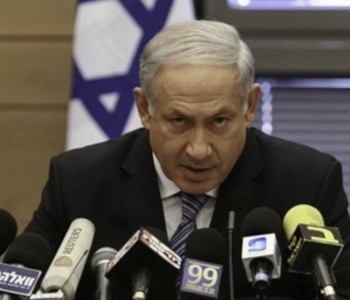 For decades, we have futilely dealt with the question of who is a Jew. Now the question of what is Jewish will not go away. What is the “state of the Jewish nation”? Does it belong more to Jews in the Diaspora than to its Arab citizens? Will they decide its fate and will this be called a democracy? Will the ultra-Orthodox Neturei Karta sect, which opposes the state’s existence, along with hundreds of thousands of Jews who have avoided coming do whatever they want with it? What is Jewish? Jewish holidays? Kosher dietary laws? The increased grip of the religious establishment, as if there is not enough of it now to distort democracy? Swearing an oath to a Jewish state will decide its fate. It is liable to turn the country into a theocracy like Saudi Arabia.

True, for the time being, it’s a matter of an empty, ridiculous slogan. There aren’t three Jews who could agree what a Jewish state looks like, but history has taught us that empty slogans, too, can pave the path to hell. In the meantime, the new proposed legislation will only increase Israeli Arabs’ alienation and ultimately result in the alienation of much wider segments of the public.

That’s what happens when the fire is still smouldering under the rug, the fire of the basic lack of faith in the justice of our path. Only such a lack of confidence can produce such distorted proposed legislation as that which will be approved today, and clearly approval will be forthcoming. Canada doesn’t need its citizens to swear an oath to the Canadian state, nor do other countries require similar acts. Only Israel. And it is being done either to provoke the Arab minority more and push them into a greater lack of loyalty so one day the time will come to finally get rid of them, or it is designed to scuttle the prospect of a peace agreement with the Palestinians. One way or another, in Basel at the First Zionist Congress in 1897, the Jewish state was founded, as Theodor Herzl said, and today the unenlightened Jewish Republic of Israel will be founded.