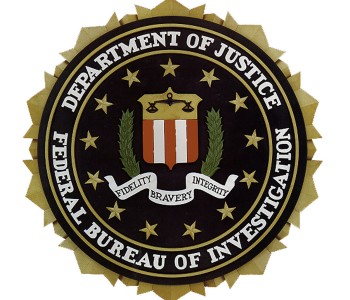 Imagine you take your car to the mechanic for an oil change, and once he has it up on the lift you see a strange wire sticking out the back. After a little digging you discover it’s attached to a strange piece of equipment stuck behind the exhaust with a magnet. What is it? Maybe a bomb? No way to know. You’re friend snaps a picture and posts it online where users identify it as an Orion Guardian ST820 tracking device, which sells exclusively to army and law enforcement.

Farfetched as it may seem, but a recent ruling by the 9th Circuit Court of Appeals gives law enforcement the power to plant a secret GPS tracking device on anyone’s car without a warrant, even if it’s parked in a private driveway. Welcome to the land of the free. What’s unlikely about this story is that the device was ever found at all. A former FBI Agent confirmed that this was an older model and the newer models are much smaller and harder to spot. None the less this is exactly what happened last Sunday to Yasir Afifi, a 20-year-old business marketing student at Mission College in Santa Clara, California whose only crime was fitting a racial slash religious profile. His friend Khaled posted photos of the device on Reddit, asking “Does this mean the FBI is after us?” which started a storm of interest. Over 3500 comments.

On Tuesday it became clear exactly who had placed the device when they came looking for it. Afifi was in his apartment when his roommates warned him that “two sneaky-looking people” were snooping around his car. Afifi approached the man and woman poking around his car when the man noted that Afifi’s registration was expired. Afifi balked and got into his car, but before he could leave he was surrounded by two black SUVs, lights flashing, carrying four officers in bullet proof vests. The male agent identified himself as Vincent, admitted he was the one who planted the device, and asked him why he removed it. The female agent was Jennifer Kanaan, a Lebanese woman who often plays “good cop” when targeting the Muslim community. 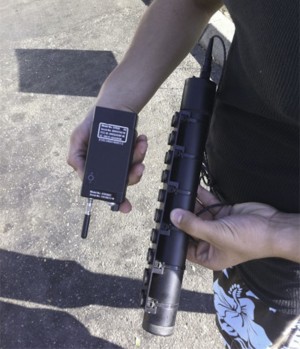 Vincent told Afifi “We’re here to recover the device you found on your vehicle. It’s federal property. It’s an expensive piece, and we need it right now.” When Afifi responded with questions the agent replied, “We’re going to make this much more difficult for you if you don’t cooperate.” Of course this is likely why he pointed out the expired registration earlier. At this point Afifi would have been completely within his rights to refuse questions and demand contact with his attorney, but it’s understandable that he would Whfeel intimidated. They asked him if he knew anyone who travelled to Yemen (as if that’s a crime), and they were curious about his trips to Egypt to visit family, but mainly they wanted to ask about a “blog post” from his friend Khaled. The agents produced a print out of the page and informed him that they had agents at Khaled’s house, but by that point Afifi said he didn’t believe anything they were saying. Good instinct.

Far from a blog, the post in question was a comment Khaled made on someone else’s blog post titled, “So if my deodorant could be a bomb, why are you just chucking it in the bin?” The original poster ponders the contradictory idiocy of airport security theatre, and among the over 1700 comments where users lampoon the war on terror Khaled wrote, “bombing a mall seems so easy to do. i mean all you really need is a bomb, a regular outfit so you aren’t the crazy guy in a trench coat trying to blow up a mall, and a shopping bag. i mean if terrorism were actually a legitimate threat, think about how many malls would have blown up already.. you can put a bag in a million different places, there would be no way to foresee the next target, and really no way to prevent it unless CTU (Counter Terrorist Unit) gets some intel at the last minute in which case every city but LA is [gone]…so…yea…now I’m surely bugged.”

Never mind that to anyone of even moderate intelligence (like an “intelligence” agent) he’s making a point about the relative lack of threat, not making a threat. It makes me wonder if the FBI will be investigating member ‘DonutsCureCancer ‘ who wrote, “The best, easiest, and most cost-effective place for a suicide bomber to kill a lot of people, anywhere even remotely connected to air traffic, is in an airport security line on a holiday weekend.” Or perhaps member ‘PlanktonAttack ‘ who wrote, “Dear FBI: [Go away] and stop harassing innocent people. You [fools] are part of the evil in the world, not the solution to it.” But see they weren’t foolish enough to make flippant potentially misconstrued comments while having a Muslim name.

The only dirt they had on Afifi was, “an anonymous tip from someone saying he might be a threat to national security” which is police-speak for “We’ve got nothing, so we’re making stuff up.” The agents concluded by saying, “We have all the information we needed. You don’t need to call your lawyer. Don’t worry. You’re boring.” Boring enough to be detained by half a dozen gun-wielding jackboots in black SUV’s, for no reason apparently. And for the record, when a law enforcement officer tells you not to call your lawyer that should be your first clue it’s time to call your lawyer.