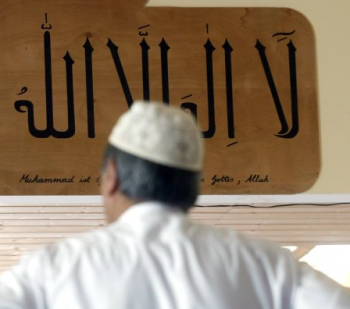 They intervene in cultural conflicts, marital disputes and dealings with the German authorities: Muslim spiritual leaders deal with the everyday and the soul. Osnabrück University has become the first in Germany to offer seminars for imams. Many hope it will prove a boon for integration.

Conservative politicians are now warning against treating Islam the same as Christianity and Judaism. But parallel to the heated debate, democratic Islam is embedding itself in Germany: For the first time ever, imams are going to be trained at a German university. It is a development long fought for by many German politicians.

The signal sent out by Osnabrück could hardly be more important. The German state is creating partners in its dialogue with Islam: imams trained in state institutions.

It is a project that is urgently needed. Many of the almost 2,000 imams preaching in the country speak hardly any German. They do not spend long in Germany before returning to their homelands, such as Turkey. They are not integrated in German society and as a religious and social authority they also prevent members of their community from becoming more integrated.

The pilot project in Osnabrück is aimed at preventing this problem, and demand for the course is running high.

Almost 100 imams and other religious counselors (for example voluntary helpers in the Muslim communities) have expressed an interest in the program. The university only has 30 places on its one-year course. Among those taking part are men and women from Bosnia, Arabic countries, and Turkey.

As of Oct. 11 they will take classes in religious education and how to link religious ideas to the everyday life of Muslim children, young people and others in the community. How should they mediate when parents do not want their children to take part in school trips? How should they advise Muslims whose partner belongs to another religion. “It is also about respecting other religions, it is about people making it clear that Christians and Jews are also devout,” said Rauf Ceylan, professor for Islamic religious education at Osnabrück University.

There will be seminars in other religions — to teach the skills to engage in dialogue with other religious communities. “We must create competent Muslim dialogue partners,” Ceylan argued.

Moreover, the course provides a detailed insight into the German constitutional state and the European enlightenment, Ceylan said. The imams will go on excursions with their professors, including a trip to a concentration camp memorial site and to the German Bundestag. “Of course we will only reach the imams who are already democratically minded — but even some of those people do not have the tools they need to convey religious ideas in a contemporary way, to deal with conflicts in a multicultural society,” he said.

Aygül Özkan, the social affairs minister in the state of Lower Saxony, who has a Turkish background says that an imam is not just a traditional prayer leader. “They are called on to help with marital problems or in dealings with German authorities. Or they are consulted in questions about parenting,” Özkan told SPIEGEL ONLINE. Through their key position in society, imams could become “motors of integration” and play an important role in inter-religious dialogue, she added. “To enable imams to fulfil these various functions — and in keeping with successful integration — a targeted further education of imams is the right way to go,” said Özkan, who is a member of Chancellor Angela Merkel’s conservative Christian Democrats.

“University tuition for imams is an important step towards more normality. In this way, Islam will become more at home in Germany,” Aiman Mazyek, the chairman of the Central Council of Muslims in Germany, said.

Osnabrück is the first place to offer an imam training course in Germany — but that will soon change. A similar course should be on offer in Tübingen within the next two years, Stefan Mappus, governor of the state of Baden-Württemberg, announced on Tuesday.

But Ceylan sees his further education project as just “a small solution.” The goal remains for imams to complete their entire education in German training colleges. In addition he wants to see more institutes for Islamic theology in German universities, as is planned in Tübingen.

“We urgently need a new generation of scholars. Otherwise we cannot pursue a profound debate on Islam here in Germany — and then we will not see a European-influenced Islam,” he said.

Meanwhile, the plan at Osnabrück has already attracted interest from across the world. Among those planning to attend a discussion at the university on Thursday is one of the most influential liberal Islamic scholars worldwide: Ahmad Mustofa Bisri of Indonesia, who represents the world’s biggest Islamic association.