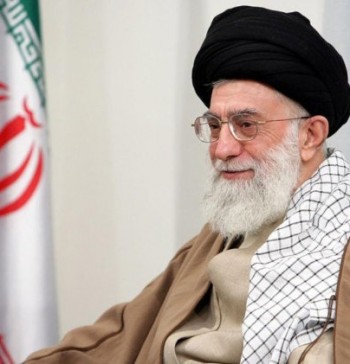 TEHRAN – A number of Sunni figures have hailed the fatwa recently issued by Supreme Leader of the Islamic Revolution Seyyed Ali Khamenei that prohibits insulting the companions of Prophet Muhammad (S) and his wives.

In a statement issued on Sunday, Ahmad al-Tayyib, the chancellor of Al-Azhar University of Islamic Sciences, said Ayatollah Khamenei’s fatwa (religious edict) was prudent and timely and would help ram the door shut to fitna (creating divisions among Muslims).

“I received the blessed fatwa with appreciation,” he added.

Such insults have always been a source of controversy and disputes between Shia and Sunni Muslims and prevented them from forging a robust unity against common enemies, the Press TV correspondent in Cairo quoted him as saying.

The leader of Jordan’s Muslim Brotherhood, Hammam Saeed, also praised the fatwa, describing it as a significant step to prevent “religious fitna” and maintain unity among Muslims, Al Jazeera reported.

In addition, on October 3, participants at the Fourth International Conference of Proximity Amongst Islamic Schools of Thought hailed the fatwa issued by Ayatollah Khamenei, according to the Khabar Online website.

A number of Arabic language newspapers, such as Al-Hayat, Al-Watan, Al-Shorouq, and Al-Rai Al-Aam, have also expressed appreciation for the fatwa.

The Western media have not given the fatwa wide coverage, but the Egyptian people and the North African country’s media outlets have welcomed the brave move by the Leader of the Islamic Revolution.

Ayatollah Khamenei recently said that the Western powers are trying to widen differences between Sunnis and Shias in order to divert attention from the crisis in Palestine.

The Leader of the Islamic Republic of Iran added, “”The enemies of Islam want to create discord among Muslims. So, unity is the most important need of the Islamic world in the 21st century.”