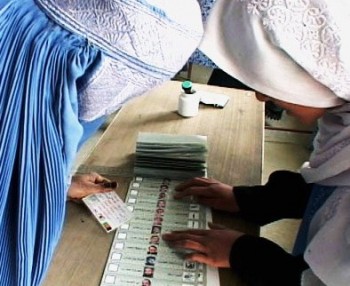 This weekend’s parliamentary elections in Afghanistan offer a unique opportunity to ascertain that price — and it is in theory a market with many buyers, as 2,500 candidates scramble for only 249 seats. Afghanistan may be a feudal society in many ways, but it is very much capitalist feudalism (as the Soviets found out to their regret).

Nonetheless, prices are low. In northern Kunduz Province, Afghan votes cost $15 each; in eastern Ghazni Province, a vote can be bought for $18. In Kandahar, they sell their rights for as little as $1 a ballot. More commonly, the price seems to hover in the $5 to $6 range, as quoted to New York Times reporters in places like Helmand and Khost Provinces.

Even by the standards of a country rated as one of the poorest in the world, Afghans seem to be selling their votes cheap, and it is not so surprising why.

Five dollars is a lot of money when more than half the population lives on less than a dollar a day. Indeed, in many rural parts of the country there is nothing in the way of a legitimate cash economy. References are often heard to the Ten-Dollar-a-Day Taliban, occasional laborers enlisted in cash-for-work projects like burying roadside bombs.

Vote buying is much more common in this election than the last national balloting here last year. The feeling, experts say, was that last year’s election was stolen wholesale by supporters of President Hamid Karzai, so there was little need for vote buying.

There may also have been less outright vote buying because it was most likely that Mr. Karzai would have won even without election fraud, as the incumbent and a member of the Pashtun ethnic group, the country’s largest.

This time, many well-heeled Afghan independent candidates are looking to buy their way into the lucrative sinecure of a seat in Parliament. That not only comes with a healthy salary — about $2,200 a month gross — but tremendous opportunities for graft.

And this time, a combination of voter apathy and disenchantment, far greater insecurity and a fairly small number of votes needed to win any individual seat have combined to, as an economist would put it, create a market. In many places, as few as 2,500 votes are enough to clinch the election.

And Osman Shenwari, 60, a malek, or village mayor, from the Spinghar District of Nangarhar Province, says he knows one candidate in his area who has already purchased 10,000 voter registration cards.

“The candidates send their representatives to every village and district center to look for people who want to sell their voting cards, and they pay 500 afghanis for each card,” he said. That’s about $11 each.

In many places, so-called vote maleks organize the trade. These are brokers who collect all the voter registration cards in a community, and then peddle them to the highest bidder. Typically, the vote malek keeps half of the money and the voters get half. “You should know that our leaders are big-belly people,” said Mr. Shenwari, “and they care about themselves more than anyone else.”

Of course, not every Afghan vote is for sale, and Mr. Shenwari is one of those who disapprove of trafficking in votes. “I am telling you if fraud takes place during the parliamentary elections this time, the Taliban will definitely come back,” he said.

Hajji Fazal Rahman Jalal, 45, a tribal leader in the Andar District of Ghazni, said: “I don’t think people in Ghazni Province will vote for people who try to pay for their votes. The person who sells his vote sells his own conscience.”

Such scruples did not seem to bother one candidate from Ghazni City whom local elders accused of going door to door in villages offering voters $5 apiece for their registration cards.

That would have been quite a bargain, because when an Afghan translator who spoke Pashtun with a local accent called the candidate and said he had 200 registration cards to sell on behalf of his village, the candidate immediately offered him $15 each.

He wanted to know how many of the cards were for female voters; those are more valuable because, out of respect for cultural sensitivities, women’s registration cards do not bear photographs, so they are easy for anyone to use. In many places, families do not allow women to leave their homes, so the men of the family normally cast their votes for them.

The translator asked for $25 each and the customary haggling ensued; the candidate’s last price was $18 each, but only if the seller could deliver the actual voters along with their registration cards to cast ballots for him.

“O.K., come to my office and we will talk; I want to see the cards to make sure the serial numbers are legitimate,” he said. “If the I.E.C. sees any fake cards, they will invalidate my whole ballot box.” I.E.C. stands for the Independent Election Commission.

There is also a market in fake voter registration cards, which are run off in printers’ shops in Peshawar, across the border in Pakistan, reportedly at 23 cents apiece.

Reports are that millions have flooded into the country, but the election commission insists its officials will be able to spot the fakes easily.

That makes the real cards much more valuable. Voters who are cynical about the political process or intimidated by Taliban threats can sell their cards without actually having to risk a trip to the polls.

The candidate’s campaign workers then use them on the “vote early and often” Chicago model.

In theory, everyone who has voted has to have a finger marked with indelible dye, but in practice that often does not happen — especially in areas where the Taliban have threatened to amputate inky fingers, which also happen to be areas that are too unsafe for election monitors to go.

In Mr. Karzai’s presidential election, it was particularly in such dangerous districts where huge numbers of votes were cast fraudulently, which was easy to spot since the ballots cast sometimes outnumbered the living. This time around the country is twice as dangerous, but at least the vote crooks will have to pay for what they steal.

Reporting was contributed by Afghan employees of The New York Times from Kabul, Nangarhar, Khost, Kunduz, Helmand and Kandahar Provinces.