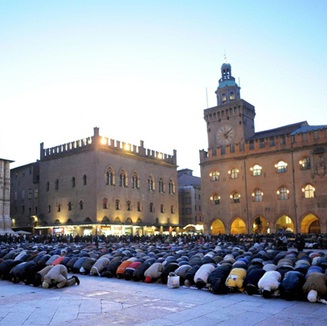 A Muslim leader in Florence will present plans to authorities in coming weeks to build a mosque in the style of the city’s classic architecture with minarets that resemble the cathedral bell tower designed by Giotto.

The project plans, unveiled in local and national papers this week, met with mixed reactions in local communities around Florence, where roughly 30,000 Muslims live.

“Islamic history shows that Muslims seek to embrace the architecture of of the places where they go,” local imam Izzedin Elzir, who will present the plans.

“This is the basis of our idea to have a mosque in Florence which incorporates the style of our Florentine surroundings, as well as Islamic style,” said Elzir, who is also president of the union of Islamic communities of Italy, UCOII.

He said the mosque’s minarets were meant to resemble the bell tower of Florence cathedral, designed by Italian renaissance painter and architect Giotto di Bondone.

Architect David Napolitano said he designed the exterior of the mosque with bands of green and white marble, similar to many of the city’s landmark churches and buildings.

Napolitano said they had received several positive reactions to the plans, including messages of support from local Christian communities.

But local leaders of the anti-immigrant Northern League opposed the proposal, describing the construction of mosques as a destabilising force in society, with some suggesting in local papers that a referendum should be held on its construction.

Last year, Switzerland voted to ban the building of minarets, reflecting unease about Islam in Europe. The Northern League has paraded pigs over mosque building sites in Italy, where more than one million Muslims live.