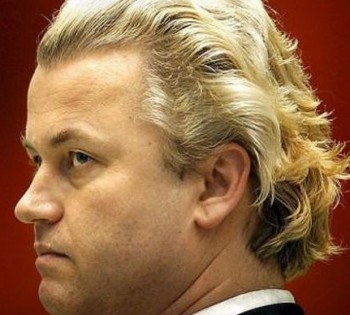 The branding of Islamic culture as ‘retarded’ by far-right Dutch politician Geert Wilders’ – on SBS’s Dateline programme – has prompted a big reaction in the Dutch press.

Wilders’ Freedom Party won 24 seats in the 2010 election earlier in the year, on the basis of an anti-Islamic campaign.

And now he looks set to visit Australia, after telling SBS Dateline that Western culture is ‘better than the retarded Islamic culture.’

Wilders told Dateline he’s forming a worldwide anti-Islamic organisation which will visit all Western countries, including Australia, to establish local chapters. He’s also planning to visit Ground Zero in New York – the site of the 911 attacks – on September 11th this year.

Wilders’ party is the third biggest party in the country based on the election, and making waves in the opinion polls since – some polls ranking his the most popular party overall.

He’s called for a ‘polluter pays’ headscarve tax, a ban on the Koran and Islamic schools, and immigration laws which deny migration to Holland of all people from majority Muslim countries, regardless of whether they are even Muslims themselves. He’s also compared the Koran to Hitler’s Mein Kampf.

The story on the Dateline site has proved one of the most popular this year, with large amounts of traffic from the Netherlands.

You can watch the segment from Dateline here: