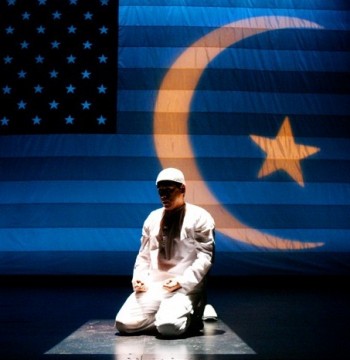 NEW YORK — Adnan Zulfiqar, a graduate student, former U.S. Senate aide and American-born son of Pakistani immigrants, will soon give the first khutbah, or sermon, of the fall semester at the University of Pennsylvania. His topic has presented itself in the daily headlines and blog posts over the disputed mosque near ground zero.

What else could he choose, he says, after a summer remembered not for its reasoned debate, but for epithets, smears, even violence?

As he writes, Zulfiqar frets over the potential fallout and what he and other Muslim leaders can do about it. Will young Muslims conclude they are second-class citizens in the U.S. now and always?

“They’re already struggling to balance, `I’m American, I’m Muslim,’ and their ethnic heritage. It’s very disconcerting,” said Zulfiqar, 32, who worked for former U.S. Sen. Max Cleland, a Georgia Democrat, and now serves Penn’s campus ministry. “A controversy like this can make them radical or become more conservative in how they look at things or how they fit into the American picture.”

Whatever the outcome, the uproar over a planned Islamic center near the World Trade Center site is shaping up as a signal event in the story of American Islam.

Strong voices have emerged from outside the Muslim community. New York Mayor Michael Bloomberg has been steadfast in his support for the project. Jon Stewart nightly mocks the bigotry that the protest unleashed.

“The sentiment, say, five years ago among many Muslims, especially among many young Muslims, was that, `We’re in this all by ourselves,'” said Omer Mozaffar, a university lecturer in Chicago who leads Quran study groups as a buffer between young people and the extremist preachers on YouTube. `That has changed significantly. There have been a lot of people speaking out on behalf of Muslims.”

Eboo Patel, an American Muslim leader and founder of Interfaith Youth Core, a Chicago nonprofit that promotes community service and religious pluralism, said Muslims are unfortunately experiencing what all immigrant groups endured in the U.S. before they were fully accepted as American. Brandeis University historian Jonathan D. Sarna has noted that Jews faced a similar backlash into the 1800s when they tried to build synagogues, which were once banned in New York.

Patel believes American Muslims are on the same difficult but inevitable path toward integration.

“I’m not saying this is going to be happy,” Patel said. “But I’m extremely optimistic.”

Yet, the overwhelming feeling is that the controversy has caused widespread damage that will linger for years.

American Muslim leaders say the furor has emboldened opposition groups to resist new mosques around the country, at a time when there aren’t enough mosques or Islamic schools to serve the community.

Rhetoric from some politicians that lumps all Muslims with terrorists will depress the Muslim vote, analysts say.

Former House Speaker Newt Gingrich, a potential 2012 presidential candidate, said in opposing the Islamic center that, “America is experiencing an Islamist cultural-political offensive designed to undermine and destroy our civilization.”

U.S. Muslims who have championed democracy and religious tolerance question what they’ve accomplished. If the “extremist” label can be hung on someone as apparently liberal as the imam at the center of the outcry, Feisal Abdul Rauf, then any Muslim could come under attack. Feisal supports women’s rights, human rights and interfaith outreach.

“The joke is on moderate Muslims,” said Muqtedar Khan, a University of Delaware political scientist and author of “American Muslims, Bridging Faith and Freedom.” “What’s the point if you’re going to be treated the same way as a radical? If I get into trouble are they going to treat me like I’m a supporter of al-Qaeda?”

U.S. Muslims are themselves divided over the proposed mosque.

Feisal and his wife, Daisy Khan (no relation to Muqtedar Khan), want to build a 13-story, $100 million community center called Park51 two blocks from the World Trade Center site. It would be modeled on the YMCA or Jewish Community Center, with programming for the entire city, and would include a mosque.

Some Muslims felt from the start that the plan was misguided, given the wounds of the Sept. 11 attacks and widespread misunderstanding about Islam. Yet they felt compelled to defend the proposal when the discussion over religious freedom and cultural sensitivity turned ugly.

Days ago, a brick nearly smashed a window at the Madera Islamic Center in central California, where signs were left behind that read, “Wake up America, the enemy is here,” and “No temple for the god of terrorism.” This past week in New York, a Muslim cab driver had his face and throat slashed in a suspected hate crime.

The poisonous atmosphere comes at a still fragile time in the development of Muslim communal life.

Leaders have spent years trying to persuade Muslim immigrants to come out of their enclaves and fully embrace being American. The task became that much more difficult in the aftermath of 9/11. Many Muslims pulled back, convinced that if another terrorist attack occurs, the U.S. government will put them in internment camps, like the Japanese in World War II. Their American-born children, meanwhile, have felt rejected by their own country.

David Ramadan, a Muslim and vice chair of ethnic coalitions for Republican Party in Virginia, predicts that comments from political figures in both major parties will depress Muslim voting in years to come.

Ramadan and other Muslim Republicans have been pressing GOP leaders not to support a particular mosque, but to acknowledge that American Muslims have equal rights under the Constitution.

“Who wants to come into the fold of the Republican Party today, or even the fold of the Democratic Party?” Ramadan asked. “They just increased the number of independents in America.”