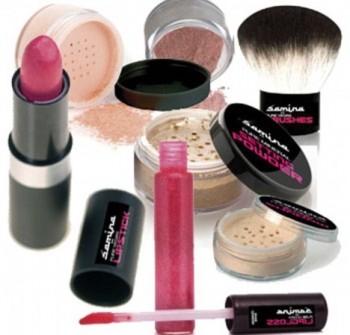 Like most women, Samina Akhter loved being in style and keeping up with the latest makeup trends. She didn’t give much thought to what was actually in the products she put on her skin — until two years ago.

A mother of five who took a break from her career in sales and marketing to raise her kids, Akhter, 41, started researching ingredients in cosmetics. She was disturbed by what she discovered.

“I was becoming more of a practicing Muslim, and I was concerned that the same things that are not permissible for me to eat might be in the makeup I’m using,” Akhter said. “I looked closely and found a lot of it comes from animal sources or has alcohol in it — I never had any clue what was really in my makeup.”

The term halal refers to an item that is permissible under Islamic law. Regarding food and products like cosmetics, “halal” typically excludes those that use alcohol, pork or pork by-products and by-products of animals that aren’t slaughtered according to Islamic law. Interestingly, though, halal beauty products also appeal to some non-Muslims because they involve ethical treatment of animals and they usually don’t contain harsh chemicals.

Akhter, who is based in Birmingham, England, took matters into her own hands. After more than two years of testing, in June she launched Samina Pure Mineral Makeup, a line of halal cosmetics that includes lipstick, eyeliner, blush, mineral foundation and more.

In the Middle East alone, the cosmetics industry has been growing at about 12 percent each year, with cosmetics-related sales reaching $2.1 billion in 2008, according to Messe Frankfurt, a company that runs beauty trade shows in Dubai. And with nearly 1.8 billion Muslims worldwide, the small but growing number of companies offering cosmetics that conform to halal standards are finding no shortage of customers.

Akhter knew she was filling a void in the market, but what she hadn’t expected was high interest from non-Muslim consumers.

“This line has a wider appeal — whatever you are, whoever you are — these are animal- and alcohol-free products that are completely ethical.”

Like Akhter, most consumers are left in the dark when reading the myriad of multisyllabic chemical names on the backs of bottles. And as odd as it sounds, it’s not out of the ordinary to find pork in products used on the skin.

Collagen and hyaluronic acid (often called a “fountain of youth”), found in anti-aging creams, can come from pig or cow placenta, and both are used to make skin more resilient. Stearic acid, used in many foundations, mascaras and moisturizers for its lubricating properties, is a fatty substance that can be derived from the stomachs of pigs. Keratin, used in hair products to protect and strengthen locks, comes from animal hooves, nails and hair.

There are hundreds of such substances and their derivatives in everyday cosmetics. Not all are exclusively derived from animals — or pork particularly — but the problem is that it’s tough to know for sure.

“Whether these ingredients come from petroleum or are derived from animals is a big unknown when you’re shopping, and they are in such a huge range of products,” said Jane Houlihan, senior vice president of research for the Environmental Working Group, which has studied cosmetic safety for the past 10 years. “Companies have to list ingredients, but there’s nothing compelling them to list the sourcing of those ingredients, so unless you’re going to call them up, you won’t know — most people just don’t have the time for that.”

The Food and Drug Administration, which oversees the cosmetics industry in the United States, can’t force cosmetics companies to conduct safety assessments and largely allows the industry to make its own decisions about ingredients. If passed, the Safe Cosmetics Act of 2010, introduced in July, would give the FDA more power and would require companies to disclose more information about what’s in their products.

‘Halal is for everyone’

But do cosmetics even work as well when they are free of these ingredients? The answer isn’t clear.

“Some companies use these ingredients for economic reasons — because they are cheap to get, and they see no reason to reinvent the wheel,” TODAY style editor Bobbie Thomas explained. “There are other cases where they really do provide a better result.”

Mah Hussein-Gambles, a former pharmaceutical clinician in Leeds, England, decided she wanted to create an entire skin-care line that was free of alcohol after discovering that her husband had limited options for his sensitive skin.

Alcohol, particularly in skin care, is relatively common. Different types, including SD alcohol, ethanol, ethyl alcohol and isopropyl alcohol, can often be found near the top of ingredients lists.

These types of alcohol act as drying agents — that’s why products such as toner include it to sop up oil and dry out pimples. Alcohol can irritate skin, and major cosmetics companies such as MAX Factor, L’Oreal and Neutrogena have long offered some alcohol-free products.

“I started making products for my husband, and then I realized there could really be a demand for them,” Hussein-Gambles said.

A practicing Muslim, Hussein-Gambles wanted to take her line, Saaf Pure, a step further and make it halal. But even from the beginning, she says, her line, sold online and in health food stores, was popular with non-Muslims.

“Halal is for everyone. I’m coming at it from an eco-ethical angle, not a religious angle,” she said. “A lot of our clients are non-Muslims, and in fact, we only recently started exploiting the Muslim market.”

Amanda Whitaker, 45, isn’t Muslim and had never used halal products before, but wanted skin care that was chemical-free.

“I was pregnant and didn’t want to put anything that could be bad into my system,” said the U.K.-based masseuse who is now a stay-at-home mom. “I started using the Saaf Pure eraser oil to prevent stretch marks and it worked — the bonus is that it’s not tested on animals and doesn’t have harsh chemicals.”

Whitaker says she’s been using Saaf Pure skin care for about two years, and has since recommended it to friends. And now that she knows what halal is, she looks for more halal products.

“Ethically, I feel a lot better,” she said.

Halal cosmetics aren’t new, although they are making more waves now with eco-conscious consumers. Revlon has had at least two hair color products — Colorsilk and Colorsilk Luminista — certified halal for more than a decade.

Tom’s of Maine, which touts natural personal care products like toothpaste, deodorant, soap and more, is sold across the U.S. in health food stores and mainstream drug and grocery stores. The company had products certified kosher since the early ’90s, and started getting consumer inquiries about adhering to halal standards as well.

“We went to a halal market in Portland, Maine, and found out that a lot of halal products had to be shipped from overseas,” said Pam Scheeler, the natural standards advocate at Tom’s who headed up research into getting halal certification. “It was pretty straight forward for us — consumers were asking for it, retail partners were asking for it, and our founder, Tom Chappell, had in mind that we should offer choices that honor different backgrounds.”

All Tom’s products were certified halal in 2006. A spokesperson for the company wouldn’t say how that has contributed to sales, but did say that they’ve gotten positive feedback from customers of various backgrounds.

“As consumers get more educated, they are looking for products that align with their beliefs — whether it’s being halal for religious reasons or to avoid cruelty to animals or chemicals,” said spokesperson Susan Dewhirst.

But with so many beauty products saturating the market, will halal cosmetics really catch on as a trend?

TODAY style editor Bobbie Thomas says that lines like Samina Pure stand a chance because they are different.

“Cosmetics are a very personal choice — women express themselves through the brands that they choose,” she said. “So these halal products speak to a particular type of woman who wants to feel beautiful but still feel like they are adhering to certain standards.”

Thomas says that if companies like Samina prove successful, she sees others jumping on the halal bandwagon.

“There are other companies who may already provide products like this — and they may decide it makes good business sense to get certified so they can appeal to a whole new group of people,” she said.

Akhter says she’s received inquiries from U.S. distributors, and hopes to see her products cater to people around the world.

“It doesn’t matter if you’re Muslim or not — you don’t have to compromise quality to have makeup that looks good.” 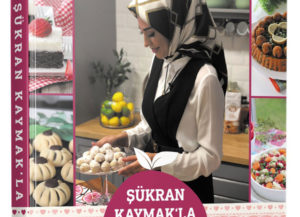 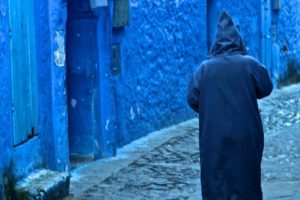 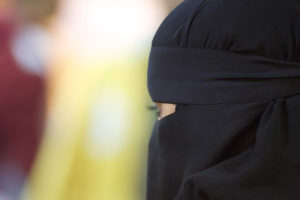