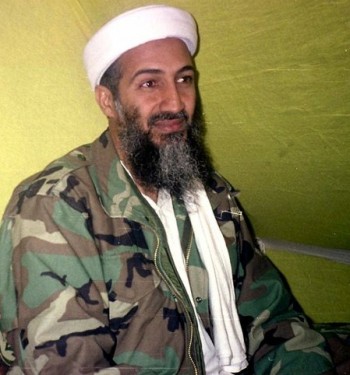 In the trigger-happy post-9/11 world, the favoured way to instigate a war is to demand that the designated “evildoer” prove a negative.

Iraq was invaded because it couldn’t prove that it didn’t have WMDs. Iran is under constant threat of attack unless it can demonstrate that it’s not seeking nuclear weapons. And now Pakistan is being chastised for allegedly harbouring Osama bin Laden—who in all probability has been dead and buried for eight years.

Questioning Pakistan’s willingness to pursue bin Laden and other al-Qaeda leaders, U.S. Secretary of State Hillary Clinton last year told a group of Pakistani editors, “I find it hard to believe that nobody in your government knows where they are and couldn’t get them if they really wanted to.” And in a recent interview with Fox News, Clinton charged that “elements” of the Pakistani government know where bin Laden is hiding.

But what if bin Laden is not hiding in Pakistan? What if he’s been dead since December 2001? How then does Islamabad prove that some of its government officials are not concealing his whereabouts?

While the mainstream media rarely if ever question the belief that bin Laden is still alive, some cracks have been appearing in the consensus. In a September 11, 2009 piece in Britain’s Daily Mail, Sue Reid wondered, “What if everything we have seen or heard of him on video and audio tapes since the early days after 9/11 is a fake—and that he is being kept ‘alive’ by the Western allies to stir up support for the war on terror?”

Both articles cited experts who have studied the post-December 2001 audios and videos and concluded they are fakes.

In 2007, Switzerland’s Dalle Molle Institute for Artificial Intelligence, which does computer voice recognition for bank security, found that the voices on recordings after mid-December 2001 differed clearly from earlier recordings of bin Laden.

Professor Bruce Lawrence, head of Duke University’s religious studies’ department and the foremost bin Laden expert, noted in a 2007 book the inconsistency between the increasingly secular language of the audios and videos and bin Laden’s earlier distinctive religious speech.

So, if bin Laden is as dead as Elvis, who’s been faking all those scary threats in his name?

According to U.S. and British intelligence officials, al-Qaeda’s media wing, As-Sahab Foundation for Islamic Media Publication, has been run since 2001 by Adam Gadahn, a California-born convert to radical Islam who now goes by the name Azzam al-Amriki.

Gadahn found his way to the Islamic Society of Orange County while living with his grandfather, Carl Pearlman, a board member of the Anti-Defamation League. Ostensibly a civil rights organization set up to fight anti-Semitism, the ADL is “little more than a de facto adjunct of the Israeli government” which has even been caught spying on American critics of Israel.

Adam’s parents changed their surnames to Gadahn in the mid-1970s. The name refers to the Biblical warrior Gideon who, with the aid of trumpets and clay jars, defeated Israel’s enemies.

As Antiwar.com editor Justin Raimondo put it, Adam Gadahn is “an awfully odd figure, whose sudden evolution from a nice Jewish boy into Osama bin Laden’s Goebbels is just a little hard to take.”

Equally hard to take is the means by which the public learns of bin Laden’s latest pronouncements.

“Almost every statement by Osama bin Laden published on the Internet…is first made public by SITE and IntelCenter,” according to a Spiegel Online profile of Rita Katz, Josh Devon and Ben Venzke, who founded the two companies that supposedly track al-Qaeda online.

SITE co-founder Rita Katz is an Iraqi-born Jew, whose father was publicly hanged in Iraq after the 1967 War as an Israeli spy. Katz, who served in the Israeli Defense Forces, tries to downplay the significance of her background but is not always successful. “When you grow up in a place like Iraq,” she told Spiegel, “you understand maybe a little bit about how Arabs think, and also what they are capable of.”

When Neal Krawetz, a researcher and computer security consultant, analysed a 2006 al-Qaeda video of Ayman al-Zawahiri for alterations and enhancements, he discovered that the As-Sahab and IntelCenter logos had been added at the same time.

Attempting to make light of the understandable suspicions that the “terror trackers” are working for Israeli intelligence, the Spiegel article jokes: “And the conspiracy theories pontificating that SITE and IntelCenter shoot the bin Laden videos themselves will continue to exist in the future. And Katz, Venzke and Devon will continue to see the humor in such theories: Yep, this is Mossad Headquarters. Exactly!”

But with the hunt for the elusive bin Laden having already cost thousands of lives and trillions of dollars, perhaps Americans should demand conclusive proof that Israel hasn’t conned them into fighting a phoney “war on terror.”