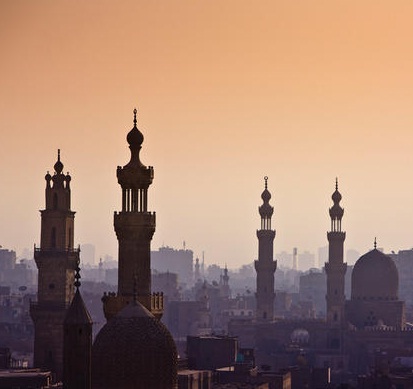 One of the most memorable things visitors to Muslim countries recall is the adhan, or Islamic call to prayer. The beautiful voices emanating from the minaret inviting the faithful to perform their worship is a distinctive sound that punctuates the day.

Those with a sharp ear will notice the difference in dialect and intonation of the adhan as it is called out in different Arab countries.

The adhan in Cairo, however, is a much bigger, louder phenomenon. With 4,000 known mosques, and many smaller ones popping up each week, the call to prayer rolls out like a wave across the city.

One mosque’s muezzin will begin, followed by another, then another until the effect is thunderous. If you’re on the phone and walking down the street as the call to prayer begins, you may decide to call the person back afterwards.

It is not surprising then, that a decision by the ministry of religious endowments to unify the adhan in Cairo is a subject of much discussion in the capital.

Using a system of radio receivers distributed to the city’s mosques, the ministry’s idea is to broadcast one single muezzin’s chant performed in a central downtown studio.

The project was supposed to start on the first day of Ramadan, but because this is Cairo – large, disorganised, and chaotic – glitches and miscommunication delayed the launch until Thursday.

The move is designed to avoid the confusion that can occur when so many muezzins sing at the same time with varying degrees of quality and punctuality.

Some unregistered mosques, called zawyas, are built at the foot of apartment blocks and are run by the caretakers of that building. These men have hardly any training in beautifying their voices and, equipped with a microphone at prayer time, can sometimes produce cringeworthy results. And if one of these caretakers is on an errand for a tenant, it can mean that the call to prayer is delayed until his return and ends up being sung 10 minutes later than scheduled.

For these reasons, the ministry was given approval to spend a little over US$175,000 (Dh643,000) to introduce a system that cities such as Istanbul, Damascus and Abu Dhabi already have in place.

The responses have been varied. Some of those I spoke with were sad to hear of the development.

“The charm of Cairo is to have this rolling, chaotic sound reverberate through the city,” said one friend, who feels that part of the defining charm of Cairo will be lost.

Another friend, who has a young child and is thus deprived of much sleep through the night, was ecstatic. “Finally, the guy downstairs near our house will be silenced!” he said, an electric smile beaming across his face. I have actually heard this particular muezzin and must agree with the sentiment.

Others are more sceptical about the project. Cairo is a bureaucratic nightmare on steroids. It’s virtually impossible to organise a queue at the movies, let alone co-ordinate thousands of mosques to adhere to one call to prayer.

And then there are the 4,000 muezzin voices that will be suddenly silenced. Calling the prayer is a privileged act of worship that many people train their young sons to make. It is an act that carries a reward from God, and something that some muezzins may not be that willing to give up easily.

So bearing all this in mind, don’t be too surprised if the next time you come to Cairo you still hear a mix of voices calling the prayer. It will just be another normal day in this chaotic city.