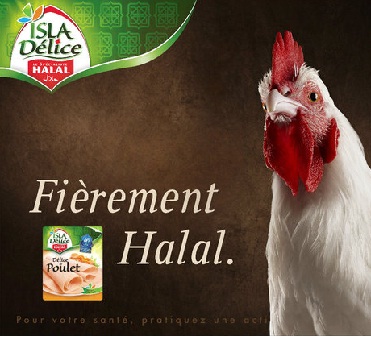 France’s huge Muslim population is big business for the producers of halal meats and the upcoming Muslim holy month of Ramadan is attracting innovative and aggressive marketing.

It’s food advertising with a halal twist – billboard posters that go blank in daylight hours during the Muslim holy month of Ramadan.

Halal food distributor Isla Delice is set to launch the posters on August 10 (the beginning of Ramadan, when Muslims fast from sunset to sundown) which show an empty table by day. By night (when Muslims get together to eat), and thanks to a clever back-lighting system, the posters change to become replete with delicious traditional Muslim foods.
Isla Delice’s advertising strapline is “Fièrement halal” (“Proud to be halal”). Some 6,000 other billboards promoting their meats (which are slaughtered according to strict Muslim standards) have been on display throughout France since August 2.
The company is thought to have spent at least 300,000 euros on its campaign. But it is not the only player in the fiercely competitive French Muslim market.
Halal is a huge industry in France, worth around 5.5 billion euros in 2010 and growing by 15 percent each year. Some 90 percent of France’s five million Muslims eat Halal food.
And as demonstrated by Isla Delice, the marketeers are in full throttle.
Moving to the mainstream
Last year Zakia, part of the Panzani food group (a big European brand, best known for pasta), launched France’s first ever halal television advert on national channels TF1 and M6.
Until then, advertising Muslim foods had been the preserve of niche media.
“Mainstream halal advertising campaigns have been about for barely a year,” says Abbas Bendali, head of Solis, an organisation that observes ethnic marketing trends in France. “Halal advertising is accelerating.”
For the first time this year, Reghalal, the halal division of France’s number one chicken brand LDC, launched its own campaign aimed at the Muslim community.
LDC head of marketing Eloise Poirier told FRANCE 24: “There are more and more players in the halal sector, competition is stiff. We have to justify our place on supermarket shelves.”
Reghalal has been advertising – 1,400 billboard posters in Paris and in Lille in northern France – from the beginning of July, very much with Ramadan in mind.
A modern look
According to Isla Delice, their advertising campaign is “offbeat, original and resolutely modern” and is aimed at “Muslim customers who are also modern”.
“This style of advertising works,” says Abbas Bendali. “There is an underlying humour and they understand their target audience. Up until now, advertising campaigns were entirely factual. Now they are creating a direct link to their customers, of whom the majority are young, using a modern tone that they expect.”
Reghalal’s Eloise Poirier admits her company’s message is not as bold as Isla Delice, but defends her company’s strategy: “This is our first advertising campaign. We need to start out by reaffirming our core offering – that being the notion of pleasure – with our slogan “enjoy yourself” and our promise that our food is genuinely halal. Our message is going to evolve.” 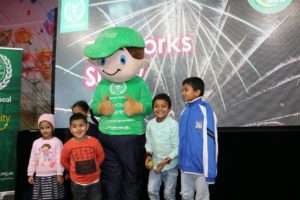