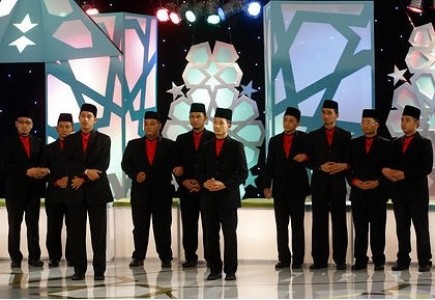 A hit Malaysian television show which has gained international attention has announced a winner in its talent search for an imam, or Muslim religious leader.

Muhammad Asyraf Mohamad Ridzuan, 26, a religious scholar, was named the winner of the Imam Muda (Young Imam) programme on Friday, after he beat Hizbur Rahman Omar Zuhdi, a 27-year-old religious teacher, in the finale.

He won funding for a trip to Mecca to perform the hajj pilgrimage, a scholarship to al-Madinah University in Saudi Arabia, and a job at a Malaysian mosque.

Eight other contestants were eliminated during the 10-week series which began in May and grew hugely popular in the predominantly Muslim Southeast Asian country.

The show – the first of its kind – follows the reality-TV formula similar to “American Idol” in the US and “The X Factor” in Britain, and has apparently ignited new enthusiasm for Islam among Malaysia’s Muslim youth.

“I feel good. Thanks to my parents, my wife and my fellow villagers who have been supporting me,” Asyraf told studio audience at the end of the show aired live over Islamic lifestyle channel Astro Oasis.

Speaking to reporters later Asyraf said: “Our target is not just personal victory but the victory of a society and the victory of Islam itself. It has brought the youth closer to religion,” he said, adding that his immediate plan was to set up a “Young Imam club”.

The 10 finalists, all men chosen from 1,000 contestants, were given a variety of challenges including preparing an HIV-positive corpse for burial and counselling marriage partners.

They faced written and practical tests on religion each week, and were isolated in a mosque dormitory – banned from using phones, the internet and television.

In the finale, the two finalists were tested on reciting the Quran, presenting a sermon, singing religious hymns and answering questions from the programme’s sole judge, a former grand imam of Malaysia’s national mosque.

The show became a major hit, attracting worldwide interest, while the creators of the programme were thrilled by its success in achieving their goal of making Islam more appealing to young people.

“When we talk about imams, the first impression is always someone who is old-fashioned or just does his work in the mosque,” Adam Riyadz, a 21-year-old journalism student, told AFP on the sidelines of the show.

“But with this show, it is easier for me to relate to what the young imams are trying to tell us,” said Adam, who travelled for two hours from another state to watch the finale with five fellow students.

Imams play a broad role in Malaysia – where some 60 per cent of the 28 million population are Muslim – including leading prayers at mosques and offering counselling. 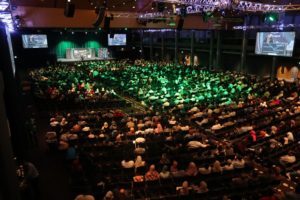 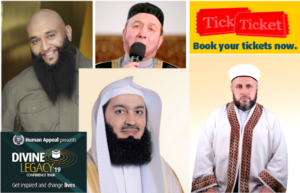