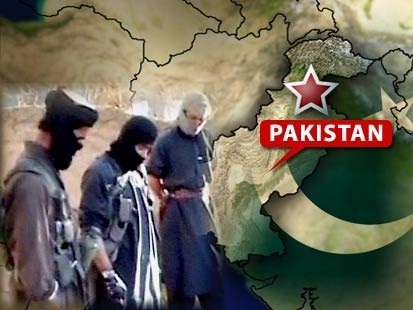 ISLAMABAD – Some of the 92,000 American classified military documents released by WikiLeaks at the weekend point to Pakistan’s intelligence service backing the Taliban, an issue that has been seized on by the international media, although Islamabad’s ambassador to the United States.

Husain Haqqani said the release consisted of “unprocessed” reports from the field.
Pakistan overtly supported the Taliban while they were in power in Afghanistan from 1996 until 2001 when they were forced out by the US-led invasion. Islamabad then signed onto the US’s “war on terror” and committed to fighting the Taliban insurgency.

However, Pakistan has always been acutely mindful of its strategic interests, a key to which is preparing for the eventual US withdrawal from Afghanistan. It had been expected that this would happen within five years of the invasion; now the pullout is scheduled for 2013, if even then.

Pakistan’s military establishment throughout has adopted the pragmatic approach of retaining its political Pashtun connections as the Pashtuns will play a defining role once the foreign soldiers withdraw. The early action plan included keeping in touch with the Taliban without contacting Taliban leader Mullah Omar, and without al-Qaeda.

The Americans have been well aware of this over the years, and regularly complained during the presidency of General Pervez Musharraf, who resigned in August 2008.

From that point, the US steadily expanded the war theater through its AFPak policy, which recognized Pakistan as an essential part of the solution to the problems in Afghanistan, especially as militants used the Pakistani tribal areas as important bases from which to wage the Afghan insurgency.

Washington actively encouraged the emergence of a civilian coalition to rule in Islamabad, one that was wholly supportive of the American war, while Pakistan’s army chief, General Ashfaq Pervez Kiani, developed close ties to the US military. Kiani’s term was last week extended by three years from November, when he was due to retire – a move heartily backed by the US. The tenure of US ambassador to Pakistan Anne Patterson has also been extended to 2013.

The significance of this week’s leaks, even if they are dismissed as comprising much information supplied by naive Afghan informants, is that they come at a juncture when in Pakistan the lines are clearly drawn between the militants and the military, and any misunderstanding between Islamabad and Washington would only benefit the militants.

The ISI’s maneuvering
Afghan Senator Arsala Rahmani is the main communication link for the British and Americans to talk to the Taliban (see War and peace: A Taliban view Asia Times Online, March 26, 2010.)

When the Taliban fled Kabul in late 2001, Rahmani, a former deputy prime minister in the pre-Taliban days and deputy education minister during the Taliban regime, moved to Islamabad, where he started a cold storage business.

Before long, though, the Inter-Services Intelligence (ISI) had him relocated to Peshawar, the capital of North-West Frontier Province – now Khyber Pakhtoonkhwa. Here, along with a few other former minor Taliban ministers, Rahmani denounced Mullah Omar and al-Qaeda and announced the formation of Jamiatul Khudamul Koran (see Revival of the Taliban Asia Times Online, April 9, 2005).

Through this group, which included provincial ministers and mullahs considered as moderate Taliban, Pakistan sought to regain its influence in Afghanistan. Initially, the US was not too concerned as they were considered an insignificant bunch of mullahs. However, as US efforts in Afghanistan faltered, with the help of the ISI, Washington came to accept the idea of “good” Taliban who could join President Hamid Karzai’s government in Kabul.

Some time earlier, Pakistan summoned Jalaluddin Haqqani, the legendary Afghan commander against the Soviets in the 1980s, to Islamabad and asked him to leave Mullah Omar. He was promised that with American support he would be appointed chief executive of Afghanistan. Haqqani’s network has become one of the main drivers of the Taliban-led Afghan insurgency.

While Jalaluddin Haqqani was not Taliban, when they took power he threw in his lot with them – although he remained bitter that he was never given any high command since he was not a part of the movement.

However, Haqqani understood that the minute he left Mullah Omar he would lose any authority he had. He apologized to Pakistan, saying that he could not leave Mullah Omar in the lurch in difficult times. The Pakistani military establishment and the ISI understood and they never abandoned Haqqani.

Similar to Haqqani’s case, mercurial Afghan warlord and politician par excellence Gulbuddin Hekmatyar and his Hezb-e-Islami Afghanistan (HIA) members were gathered by the ISI and asked to open offices in the southern port city of Karachi, Peshawar and Quetta, the capital of Balochistan province.

They were urged to go to Kabul and become involved in the politics of Afghanistan or, alternatively, to leave Pakistan anyway. Under this arrangement, a few years ago HIA leader Qutubuddin Hilal went to Kabul to see President Hamid Karzai. Karzai welcomed the HIA delegation with respect, but American officials humiliated them and insisted that they should be condemned as terrorists.

Meanwhile, Pakistan tried to impress Washington by rounding up hundreds of al-Qaeda members, but the doubts over its links to the Taliban persisted. This led to talks between Washington and Islamabad and eventually to Pakistan coming up with the demand that it wanted a Pashtun-dominated, pro-Pakistan government in Kabul. It was agreed that the government should be moderate and both Pakistan and the US agreed to provide space to moderate Taliban.

People like Rahmani, former Taliban foreign minister Abdul Wakeel Mutawakil and others were welcomed in Kabul. HIA members were allowed to contest elections in their individual capacity and open offices.

At the same time, the ISI launched the Jaishul Muslim, a militant organization aimed at fighting foreign occupation troops in Afghanistan but one that also condemned Mullah Omar’s support for al-Qaeda, which led to the US invasion. (US revives Taliban tryst in Afghanistan Asia Times Online, September 23, 2003.) This was a ploy to divide the Taliban. Several Taliban commanders initially joined Jaishul Muslim.

While this was going on, al-Qaeda was active in Pakistan’s tribal areas regrouping militants, and all American and Pakistani plans were undermined. Whatever men Jaishul Muslim and similar groups gathered, they soon joined forces with the Taliban.

Western intelligence agencies took this as a betrayal by Pakistan. By 2007, al-Qaeda had taken the insurgency from the tribal areas to Pakistan’s cities and gradually took over many of the ISI’s jihadi assets. As a result, a battle was orchestrated between state forces and jihadi elements.

A key development came in 2005, when highly experienced Kashmiri militants joined forces with al-Qaeda and the Taliban. By 2007, Ilyas Kashmiri and Sirajuddin Haqqani (Jalaluddin Haqqani’s son) were working together and they changed the dynamics of Taliban-led attacks in Afghanistan. This alliance gradually opened up a gap between Haqqani and Pakistan.

The WikiLeaks have once again turned the spotlight on Pakistan, where the situation on the ground is that while Pakistan has long-standing ties to the Taliban and militants, the country is on the brink of an unprecedented showdown with militants and their organizations.

In response, streams of militants are believed to be grouping in North Waziristan; Pakistan is at a critical juncture and a false move by it – or by its ally the US – could place it in the lap of extremist forces.