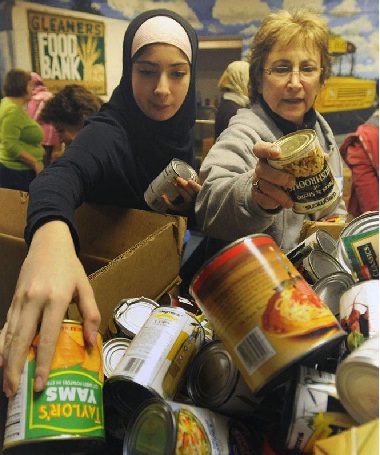 SINGAPORE – Muslims need to get involved in their community so as to be part of a movement that could help counter the various setbacks to the image of Islam worldwide, said two Islamic theologians yesterday.

Speaking at a press conference at the Grand Hyatt, Swiss scholar Professor Tariq Ramadan – who teaches at Oxford University – said the last thing Muslims should do is isolate themselves because of bad press. “… Being involved in your community is the best way to normalise relationships,” he said.

Prof Ramadan, whose Egyptian father was exiled by the Egyptian government, is one of the speakers at a three-day conference organised by the Islamic Religious Council of Singapore (Muis), Oxford University’s Faculty of Oriental Studies, the University of Melbourne’s National Centre for Excellence in Islamic Studies and NUS’ Malay Studies Department.

Singapore, added Prof Ramadan, is the perfect example of a country where Muslims and non-Muslims co-exist harmoniously.

In other parts of the world, conflicts may arise due to misunderstandings and cultural differences. But Muslims need to get away from the “victim mentality”, said Dr Ramadan.

He himself was permitted this year to enter the United States after waiting five years for a ban imposed on him by the previous Bush administration to be lifted.

What is also needed is a more balanced portrayal of Islam in the press, said the director of Australia’s National Centre for Excellence in Islamic Studies, Professor Abdullah Saeed. “Violence will always be there, but I think the media should play a part in highlighting things that are positive as well,” he said.

Changing perceptions may not be easy, but Muslims should not be disheartened, said Prof Ramadan. Terrorists and religious extremists will continue to grab headlines “but we are looking at things in the long run”. “We will distance ourselves (from acts of extremism) but we also shouldn’t let a single episode destroy the movement,” he added.

What is also important, said Prof Ramadan, is constant dialogue – not just with other religions, but among Muslims as well.