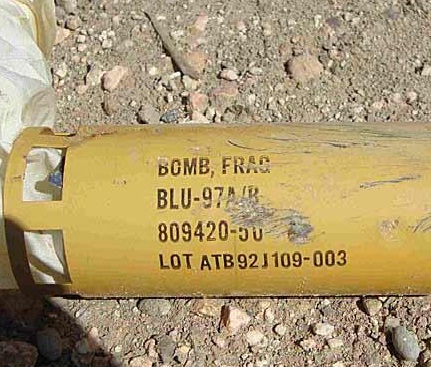 An Amnesty International report released today has found that US weapons were involved in a December attack on suspected Al Qaeda members in Yemen.

The findings, which confirm what many analysts have long suspected, could quiet American fears that the US hasn’t been active enough in cracking down on Al Qaeda in the Arabian Peninsula (AQAP), which claimed responsibility for the failed Christmas Day bombing of a Northwest airliner. But the assertion of US involvement also could give Yemen-based militants a powerful new recruiting tool.

Just as high civilian casualties in US attacks on militants have fed extremism in Iraq and Afghanistan, the same phenomenon is now playing out in Yemen, says Yemen specialist Gregory Johnsen.

“It is incredibly dangerous what the US is trying to do in Yemen at the moment because it really fits into AQAP’s broader strategy, in which it says Yemen is not different from Iraq and Afghanistan,” says Mr. Johnsen of Princeton University in New Jersey, who adds that AQAP can recruit militants from outside Yemen as well. “They are able to make the argument that Yemen is a legitimate front for jihad… They’ve been making that argument since 2007, but incidents like this are all sort of fodder for their argument.”

The June 7 Amnesty report offers photographs of the wreckage of what it said were US-made cruise missiles and an unexploded cluster bomblet that were allegedly used during an attack on an Al Qaeda hideout in Abyan, a remote area of southern Yemen, in December. Amnesty said the photos were taken immediately following the attack, which killed 35 women and children as well as 14 militants just a week before the Christmas Day underwear bomber tried to carry out his mission.

“A military strike of this kind against alleged militants without an attempt to detain them is at the very least unlawful,” said Philip Luther, Deputy Director of Amnesty International’s Middle East and North Africa Programme in the report. “The fact that so many of the victims were actually women and children indicates that the attack was in fact grossly irresponsible, particularly given the likely use of cluster munitions.”

The Yemeni government denied the photographs’ validity. Yemeni Minister of Foreign Affairs Abu Bakr al-Qirbi said today that the US cooperation is limited to sharing intelligence, according to Yemen’s official news agency.

Too much US pressure on Yemen?

However, political analysts in and outside Yemen repeatedly asserted last fall that the US was providing military aid to help the Yemeni government battle Al Qaeda. Washington had sent a number of high-level political figures to the Yemen capital Sanaa, signaling an increased interest in the country. Gen. David Petraeus announced on Jan. 1 that the US would double its counterterrorism aid to Yemen, which totaled $67 million in 2009; Secretary of Defense Robert Gates has since approved $150 million for 2010, underscoring US concerns that Al Qaeda is growing in Yemen.

While the US government has been hesitant to admit direct military involvement in Yemen, the Amnesty report is likely to bolster Yemenis’ suspicions that the US is interfering with their country’s affairs, says Najeeb Ghalleb, a researcher at Sanaa University in Yemen’s capital.

“Many consider the strike that happened in Abyan to have been American, and that the Yemeni government faces much pressure, and even threats, to accept this American pressure,” says Mr. Ghalleb. “The most important issue is that there is a general view of semi-hostility toward the United States, especially among religious groups and tribes, and even some national forces. Any direct interference by the US will cause some of these powers to have sympathy with Al Qaeda.”

Over the past six months, the Yemeni media has cited numerous instances when American drones were spotted flying over areas of Yemen known as Al Qaeda hotspots.

But the use of cluster munitions is more controversial because when the bombs explode, they blast out hundreds of sharp steel splinters that can reach up to 150 meters away, and the imprecision of the weapon often results in casualties of women and children in addition to the intended targets. Additionally, the bomblets frequently fail to detonate on impact and can remain a threat decades after they were originally used.

The release of the Amnesty report coincides with the commencement of a major three-day global anti-cluster bomb conference being held in Chile. A total of 106 countries have signed a United Nations-backed convention created in 2008 to ban the use of cluster munitions.

Both the United States and Yemen have not signed the treaty.