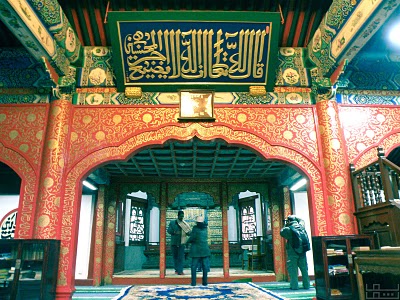 Will Muslim states stay silent about China’s treatment of the Uighurs?

In early July 2009, the official Chinese press reported that 197 people had been bludgeoned or stabbed to death and nearly 2,000 more injured in communal violence in Urumqi, the principal city of Xinjiang, the People’s Republic of China’s farthest northwest region. The antagonists were Han Chinese—Urumqi’s dominant ethnic group thanks to decades of government-encouraged settlement—and Uighurs, a Turkic Muslim minority, some seven to nine million strong, who have long bristled under China’s erratic and harsh rule.

For the most part, deference to China’s rising regional profile subdued the response of Muslim states in the Greater Middle East. Even those two most self-congratulatory champions of Islamic causes, Saudi Arabia and Iran, downplayed the violence as an internal Chinese affair. Each of these countries, of course, has billions of dollars of business on the line with China, and they are racked as well by their own domestic crises of legitimacy.

Will this silence persist in the event of another such flare-up involving China’s Muslims? Not if the popular reaction of the foreign faithful is any indication. Until now, Islamists have ranked China’s Muslims below their ongoing struggles in the Middle East, South and Southwest Asia and even Southeastern Europe and the Caucasus. But in recent years, some in the Central Asian, Indo-Pakistani and Arab revivalist movements have begun to denounce Chinese rule in Xinjiang as yet another example of post-caliphate crimes against Islam.

Some have even called for the lost lands of East Turkestan to come under Islamic rule once again. The Urumqi clashes, for example, spurred al Qaeda’s Maghreb offshoot to call on Muslims the world over to open up a new front in China. Likewise, the Turkestan Islamic Party—a Xinjiang-born secession movement now situated in Waziristan, where it has fallen in with more globally minded jihadists—declared war on China’s international interests in reprisal for the Uighur crackdown. The Chinese “state of atheism and obstinacy” will fall to the Islamic resurgence, said the up-and-coming al-Qaeda commander Abu Yahya al-Libi, in a video rant equating China’s occupation of Xinjiang with the Soviet Union’s invasion of Afghanistan.

In venturing beyond Xinjiang’s borders, rising China’s fortunes have increasingly become entangled in West Asia’s turbulence; is it also time for China to begin its own “agonizing reappraisal”? If so, how might it proceed? In the United States, there is much discussion about the future of Pakistan: about its possible collapse, about the prospect of the Taliban somehow acquiring Pakistan’s store of nuclear weapons, about separatism in Baluchistan and along the Pashtun belt, and about what role, if any, the U.S. could play in Pakistan’s long-term reconstitution. Yet China, which has been heavily invested in Pakistan for decades and has emerged, next to the U.S., as Islamabad’s greatest strategic benefactor, remains Sphinx-like, at least in public.

Similarly, China has maintained a façade of equanimity with respect to the West’s disjointed efforts to deal with Iran—yet another beneficiary of Chinese investment, not to mention nuclear know-how. In spite of the enormous consequences that a nuclear-armed Iran would have for Beijing’s interests in the Persian Gulf as well as its own backyard, Chinese analysts customarily write off Iran’s nuclear and regional aspirations as largely a matter of Western concern and even lament that the U.S. is seeking to compel China to choose sides.

China’s reticence will eventually need to give way to something else—either to some manner of coordinated action with the U.S., or its own route to a proverbial separate peace. But one senses that China, for all its experience with Islam within its own domains, has yet to come to grips with the dilemmas that its new involvements in the wider Muslim world have created. Twenty-first century Islam as an idea does not fit readily into any of China’s received wisdoms—either into a Marxist or post-communist perspective, or into China’s older, Confucian governing creed.

Yet the more Beijing projects itself into the Muslim world, the more China encounters the Ineffable and the Other—the cultural, racial and religious power of Muslim civilization. One must wonder, based on Beijing’s now persistent incapacity to deal effectively and wisely with its own Muslim subjects, how it will fare further afield. As for the Islamic world, the antipathy of some to “Western imperialism” has become so conditioned a reflex that there is no actual thought in it at all. Now, the Muslim world is just getting to know Chinese power; we cannot yet assess how the East Asian arriviste will be received.

However much Beijing would like to keep them apart, China’s internal Muslim problem has become inseparable from China’s growing presence in the larger Islamic world, just as the larger Islamic world, its markets and above all its energy riches are becoming ever more vital to China’s ambitions as a rising world power. Beijing’s success or failure in coping with the 21st-century version of dar al-Islam could well determine whether the People’s Republic can ultimately transform itself into the world power of its aspirations.