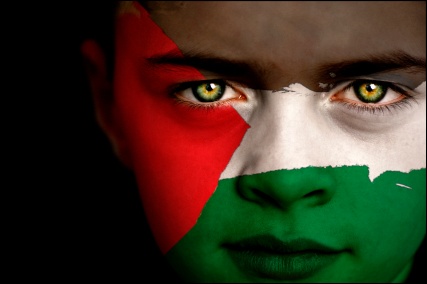 Just imagine if these were Iranian commandos attacking a multinational, six-boat aid flotilla in international waters. The United States, the European Union and Israel would instantly make sure to shock and awe Iran to kingdom come.

Instead, it was Israeli commandos who perpetrated this bit of gunboat diplomacy – or “self-defense” – in the dark hours of the early morning, in international waters, some 130 kilometers off the coast of Gaza.

And what if they were Somali pirates? Oh no, these are Israeli pirates fighting shady, “terrorist” Muslims … It doesn’t matter that Arab, Turkish, European, developing-world public opinion and governments are fuming. So what? Israel always gets away with – as Turkey is stressing – “murder” (or “state terrorism”, according to Prime Minister Recep Tayyip Erdogan).

Footage from the deck of the Turkish ship Mavi Marmara – played across the world, but not much on US networks – is unmistakable. Fully body-armored and weaponized Israeli commandos have approached the flotilla on high-speed marine dinghies, deployed stun grenades and tear gas and shot everything in sight – a military helicopter is hovering over the flotilla. At a certain point the commander of the Marmara is heard, in English: “Please stop all resistance. They are using live ammunition.”

So there you have it – Monty Python once again (tragically) remixed for the 21st century. The best-trained special forces in the world just wanted to “talk” and were attacked by a bunch of knife-wielding terrorists in a Turkish boat carrying tons of aid – medicine, building materials, school equipment, food, water purifiers, toys – for the 1.5 million Gazans who have been slowly dying under an Israeli blockade for the past three years, ever since they democratically elected a government by Hamas.

Debka even laments that the Israel Defense Forces (IDF) – “famous for its innovative electronic warfare capabilities” – did not bother to jam the signals and images coming from the flotilla, so the whole world wouldn’t see a thing. They also lament the attack was in international waters; “the blockade zone is 20 nautical miles deep from Gaza. An Israeli raid at that limit would have been easier to justify”. Obviously, they ignore the fact that Israel has no legal international claim to the (illegally occupied) Gaza coast.

We’re such a suffering lot

No one excels in post-Orwellian, war-is-peace newspeak as Israel. Not only the Israeli commandos are being spun as the victims; the world is being subjected to a complete Israeli-orchestrated news blackout. Nobody really knows how many civilians were killed (nine, 19,20? Mostly Turkish? Maybe two Algerians? Any Americans or Europeans?) Nobody really knows if they were carrying “weapons”. Nobody really knows at what point the commandos freaked out (eyewitnesses tell of people being killed in their sleep).

All the several hundred passengers on the flotilla – Muslims, Christians, diplomats, non-governmental organization officials, journalists – have been de facto kidnapped by Israel. Nobody knows where they are being held. Radio static rules. Only myriad Israeli “spokespeople” control the word.

Such as IDF spokeswoman Avital Liebovitch, stressing how lucky were the commandos to “have those guns” to defend themselves (they are being hailed in Israel as “brave heroes”).

So here’s how Israeli newspeak goes. Weapons-smuggling Hamas “terrorists” dupe fake international “demonstrators” into becoming human shields and start a firefight with Israeli commandos. Deputy Foreign Minister Daniel Ayalon, for instance, has described the flotilla as an al-Qaeda-linked “armada of hate and violence”. Looks like Hamas and al-Qaeda are now in the business of smuggling cement, orange juice and Chinese dolls.

It doesn’t matter in all this that the World Health Organization, in a fresh report, has stressed how Gaza – because of the illegal Israeli blockade the flotilla was trying to break – is mired in absolute poverty, unemployment, lack of medicine and medical equipment, and is being literally starved to death; no less than 10% of Gazans, mostly children, are physically stunted from malnutrition. The Israeli commandos were defending the illegal Israeli blockade in Gaza.

Progressive Jews, wherever they live, are the first to admit that most of Israel nowadays is extreme right-wing, paranoid, and convinced they are victims of a global propaganda war. Thus the eternal recurrence message – conveniently enveloped by US tax dollars – to the whole world. Shut up. We are the victims – we are always the victims. If you don’t believe it, you are an anti-Semite.

The fool on the hill

Fortunately for Israel, there’s always the original land of the free, home of the brave. Only in the US large sections of the population are capable of clamoring for punishing sanctions to be imposed on Iran and North Korea while being blind to the slow-motion genocide going on in the Israeli gulag.

And only one place in the whole world is capable of buying the narrative of Israel as “victims” of a humanitarian aid flotilla: the US Congress. The US State Department, in an official note, practically condemned the humanitarians. As for US President Barack Obama, so far he has been as mute (embarrassed?) as during the first weeks of the BP oil spill in the Gulf of Mexico; the White House only expressed “deep regret”, without condemning Israel.

The White House’s Israeli-in-charge, Rahm Emanuel, had invited Israeli Prime Minister Benjamin Netanyahu to Washington for an amenable kiss-and-makeup get-together this Tuesday. On Monday, Netanyahu canceled the trip. Word in Washington is that Obama would pass a sponge over non-stop expansion of Jewish settlements in the West Bank and the appalling condition of the Gaza gulag as a whole in exchange for crucial extra cash from pro-Israel donors to the Democratic party, essential for winning the November legislative elections in the US. The Democrats are going to get the cash anyway – they just need to be mildly “concerned” about the ocean massacre, and that’s it.

Once again poor Obama – perhaps against his will – is left emasculated, like a mere Banana Republic satrap, while Netanyahu is allowed to merrily groan a remixed version of The Village People’s Macho, Macho Man. As the humanitarian flotilla was sailing under Turkish, Greek and Irish flags, the Israeli commandos in fact attacked a microcosm of the real, flesh-and-blood “international community” – with Netanyahu harboring no doubts he’ll once again get away with it.

So how does it feel, Mr President, to be the fool on the hill?

And how does it feel for the rest of us, the real, flesh-and-blood international community – apart from manifesting immense outrage (as did the BRIC countries (Brazil, Russia, India and China) plus Turkey, France and Spain)? A distinct possibility – already considered in quite a few latitudes – is to boycott all things Israeli, or impose sanctions. To really hurt their economy. To totally isolate them diplomatically. If for a majority of Israelis the whole world is their enemy – governments, organizations, non-governmental organizations, aid agencies, public opinion – why not return the compliment?