An article in today’s Sydney Morning Herald by Phillip Coorey reports on a recent forum held in Canberra that examined the issue of Australia, and the Western world in general, losing their Judaeo-Christian based values.

Although the article raises issues about the concern of the eroding of Western values, the argument insinuated is that values that are not “western” or Judaeo-Christian” are somehow inferior or non-compatible with Western society.

From an Islamic perspective, I think Muslims need to do a far better job at demonstrating to others that Islamic values of Muslims living in the West are not in a threat to Judo/Christian values.

If people were to study history beyond the last 200 years, we would find that many of the western social institutions/values were derived from the Islamic civilisations interaction with the West, better known as the Renaissance.

If this area was studied in more detail, by Muslims and Non-Muslims, the conclusion would be reached that modern Western values owe a great debt and have inherited much from the Islamic world.

Subject to personal values that would apply only to Muslims (eg. Hijab, inheritance laws), I can’t see how the overwhelming majority of Islamic values are incompatible with western values on a public level.

In fact I think it is good if society goes upholds and places more emphasis on upholding morals and values. Whether these be based on a religious scripture or secular values, as long as the end result is the same, the source is irrelevant.

From a Islamic perspective, here is a list of a few example of daily aspects of life:

Halal food – is healthier, avoids harming the animal (if done properly) – can be eaten by everyone.

Islamic Finance – no interest/profit share model – Non Muslims can also use (would probably be happy not to pay interest).

Prenuptial agreements for Marriage – already in use by some Non-Muslims.

Funerals – latest overseas trends from Europe is for environmentally friendly burials using cardboard biodegradable coffins with burial sites in forest areas without tombstones etc. This is exactly how Muslims are buried.

Legal system – 90% compatible and in fact adopted from Islamic principles (this point was raised and demonstrated during the recent “Activism by Knowledge” talk by Sheikh Faraz Rabbani/Sheikh Haisam Farache.

Muslims living in the West need to take a far more proactive role, intellectually and with actions, to demonstrate that in over 90% of cases Islamic values are compatible to Western society. In fact, far from being alien to it, it could be argued that they are indeed fruits from the same tree.

One significant Islamic belief I always like to remind my Christian friends of is that Muslims,  just like Christians also await the return of Jesus and are instructed to follow the teachings he preaches when he returns.

Whether a person describes themselves as a Christian, Muslim, Jew, Buddhist, Hindu or a secularist; perhaps it is time for all of us to focus more on the 90% that is shared in common rather than the minor values that we differ on.

How the West was lost: a lack of faith in civilisation

There is a growing belief among Australia’s most formidable conservative thinkers that the foundations of Western civilisation in this country are being eroded.

As a consequence, the grounding that Western civilisation has given everyday society – especially the behavioural and moral influences of Christianity – is disappearing and needs to be reaffirmed.

Such views are not new; they have been espoused from time to time. Now, however, the viewpoint has become organised and it has some serious firepower behind it.

Just over a fortnight ago 84 prominent Australians gathered for a dinner at Stonington Mansion in Melbourne – the home of the art dealer Rod Menzies – to launch a program to ”confront these disturbing trends”.

The Foundations of Western Civilisation Program had John Howard and Cardinal George Pell as guest speakers. Geoffrey Blainey gave the vote of thanks and the columnist Andrew Bolt was the MC.

The program’s chairman is former Liberal minister, Rod Kemp, and the event was organised by the conservative think tank the Institute of Public Affairs.

The event was over-subscribed and more than 50 had to be turned away.

”The rise of the nanny state is undermining our freedoms of association, of speech, of liberal democracy.”

John Roskam, from the institute, said the evening tapped into a debate about values, where they come from and what they are grounded in – Western civilisation.

”It’s rounder than the concept of a threat, it’s under challenge,” he said.

Howard spoke off the cuff. According to those present, he argued that Australia has a secular tradition with no established church. But, while that tradition must be respected, it was his personal belief the Judaeo-Christian ethic has been the most profound moral and cultural influence in this country and it should be preserved. Other religions could be embraced and welcomed without in any way diminishing the Judaeo-Christian influence.

Howard, who never wore his faith on his sleeve, gave examples of where he saw erosion caused by a combination of factors such as post-modernism and people who think the values of Western civilisation are not worth preserving.

He contrasted the 2003 memorial service for victims of the Bali bombings with the memorial service held after the Black Saturday bushfires in Victoria last year. Both were secular services with religious components. At the latter, Howard noted, the religious element was downplayed, to the extent the Anglican and Catholic bishops were referred to as leaders of significant community groups.

”I feel Australian society is losing something when we don’t recognise the important role of religion,” he was quoted as saying.

Howard recounted the faith and values youth forums he attended as prime minister and how he was struck by young people openly discussing suicide. It used to be taboo to talk about the taking of one’s own life and Howard believes ”there are no absolute taboos any more”.

Ultimately, he saw it as an increasing lack of meaning in young people’s lives due to the waning influences of Western civilisation.

Pell went further, saying he felt suicide today was being ”celebrated”. Faith and values, he said, meant you’re living for some reason other than yourself. He lamented that a secular view is legitimate but a religious view should not be heard in a public place, and that it was deemed permissible to speak openly of a green god but not a religious God.

Beyond religion, Julia Gillard’s proposed national history curriculum was singled out for a belting, because it supposedly does not place enough emphasis on British and European influences.

Howard cited the recent push for a human rights charter in Australia as a consequence of a lack of understanding of our system of parliamentary democracy and an independent judiciary.

Both he and Pell acknowledged the flaws and blemishes of Western civilisation and the ”black spots” these had left in Australian history.

But Pell referred to China, where he said an erosion of values was also occurring as capitalism took hold. ”This radically different culture is now searching for the secrets of Western vitality to provide a code for decency and social cohesion compatible with sustainable economic development.”

He quoted the Chinese economist Zhao Xiao’s ”fascinating comparison with the selfism of Western radical secularism”.

”These days, Chinese people do not believe in anything,” Zhao asserted. ”A person who believes in nothing can only believe in himself. And self-belief implies anything is possible – what do lies, cheating, harm and swindling matter?” 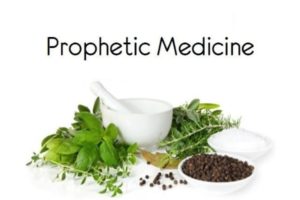 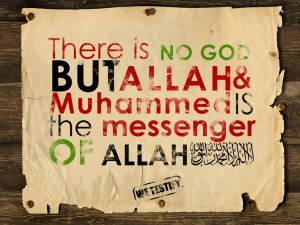 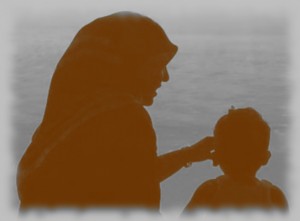