Question: How would you respond to the claim that Sufism is Bid’a?

I would respond by looking to see how traditional ulama or Islamic scholars have viewed it. For the longest period of Islamic history–from Umayyad times to Abbasid, to Mameluke, to the end of the six-hundred-year Ottoman period–Sufism has been taught and understood as an Islamic discipline, like Qur’anic exegesis (tafsir), hadith, Qur’an recital (tajwid), tenets of faith (ilm al-tawhid) or any other, each of which preserved some particular aspect of the din or religion of Islam. While the details and terminology of these shari’a disciplines were unknown to the first generation of Muslims, when they did come into being, they were not considered bid’a or “reprehensible innovation” by the ulema of shari’a because for them, bid’a did not pertain to means, but rather to ends, or more specifically, those ends that nothing in Islam attested to the validity of.

To illustrate this point, we may note that the Prophet (Allah bless him and give him peace) never in his life prayed in a mosque built of reinforced concrete, with a carpeted floor, glass windows, and so on, yet these are not considered bid’a, because we Muslims have been commanded to come together in mosques to perform the prayer, and large new buildings for this are merely a means to carry out the command.

In the realm of knowledge, books of detailed interpretation of the Qur’an, verse by verse and sura by sura, were not known to the first generation of Islam, nor was the term tafsir current among them, yet because of its benefit in preserving a vital aspect of the revelation, the understanding of the Qur’an, when the tafsir literature came into being, it was acknowledged to serve an end endorsed by the shari’a and was not condemned as bid’a. The same is true of most of the Islamic sciences, such as ilm al-jarh wa tadil or “the science of weighing positive and negative factors for evaluating the reliability of hadith narrators”, or ilm al-tawhid, “the science of tenets of Islamic faith”, and other disciplines essential to the shari’a. In this connection, Imam Shafi’i (d. 204/820) has said, “Anything which has a support (mustanad) from the shari’a is not bid’a, even if the early Muslims did not do it” (Ahmad al-Ghimari, Tashnif al-adhan, Cairo: Maktaba al-Khanji, n.d., 133).

Similarly ilm al-tasawwuf, “the science of Sufism” came into being to preserve and transmit a particular aspect of the shari’a, that of ikhlas or sincerity. It was recognized that the sunna of the Prophet (Allah bless him and give him peace) was not only words and actions, but also states of being: that a Muslim must not only say certain things and do certain things, but must also be something. The shari’a commands one, for example, in many Qur’anic verses and prophetic hadiths, to fear Allah, to have sincerity toward Him, to be so certain in ones knowledge of Allah that one worships Him as if one sees Him, to love the Prophet (Allah bless him and give him peace) more than any other human being, to show love and respect to all fellow Muslims, to show mercy, and to have many other states of the heart. It likewise forbids us such inward states as envy, malice, pride, arrogance, love of this world, anger for the sake of ones ego, and so on. Al-Hakim al-Tirmidhi relates, for example, with a chain of transmission judged rigorously authenticated (sahih) by Ibn Main, the hadith “Anger spoils faith (iman) as [the bitterness of] aloes sap spoils honey” (Nawadir al-usul. Istanbul 1294/1877. Reprint. Beirut: Dar Sadir, n.d., 6).

If we reflect upon these states, obligatory to attain or to eliminate, we notice that they proceed from dispositions, dispositions not only lacking in the unregenerate human heart, but acquired only with some effort, resulting in a human change so profound that the Qur’an in many verses terms it purification, as when Allah says in surat al-Ala, for example, “He has succeeded who purifies himself” (Qur’an 87:14). Bringing about this change is the aim of the Islamic science of Sufism, and it cannot be termed bid’a, because the shari’a commands us to accomplish the change.

At the practical level, the nature of this science of purifying the heart (like virtually all other traditional Islamic disciplines) requires that the knowledge be taken from those who possess it. This is why historically we find that groups of students gathered around particular sheikhs to learn the discipline of Sufism from. While such tariqas or groups, past and present, have emphasized different ways to realize the attachment of the heart to Allah commanded by the Islamic revelation, some features are found in all of them, such as learning knowledge from a teacher by precept and example, and then methodically increasing ones iman or faith by applying this knowledge through performing obligatory and supererogatory works of worship, among the greatest of latter being dhikr or the remembrance of Allah. There is much in the Qur’an and sunna that attests to the validity of this approach, such as the hadith related by al-Bukhari that:
Allah Most High says: “….My slave approaches Me with nothing more beloved to Me than what I have made obligatory upon him, and My slave keeps drawing nearer to Me with voluntary works until I love him. And when I love him, I am his hearing with which he hears, his sight with which he sees, his hand with which he seizes, and his foot with which he walks. If he asks me, I will surely give to him, and if he seeks refuge in Me, I will surely protect him (Sahih al-Bukhari. 9 vols. Cairo 1313/1895. Reprint (9 vols. in 3). Beirut: Dar al-Jil, n.d., 5.131: 6502)–which is a way of expressing that such a person has realized the consummate awareness of tawhid or “unity of Allah” demanded by the shari’a, which entails total sincerity to Allah in all one’s actions. Because of this hadith, and others, traditional ulama have long acknowledged that ilm or “Sacred Knowledge” is not sufficient in itself, but also entails amal or “applying what one knows”–as well as the resultant hal or “praiseworthy spiritual state” mentioned in the hadith.

It was perceived in all Islamic times that when a scholar joins between these aspects, his words mirror his humility and sincerity, and for that reason enter the hearts of listeners. This is why we find that so many of the Islamic scholars to whom Allah gave tawfiq or success in their work were Sufis. Indeed, to throw away every traditional work of the Islamic sciences authored by those educated by Sufis would be to discard 75 percent or more of the books of Islam. These men included such scholars as the Hanafi Imam Muhammad Amin Ibn Abidin, Sheikh al-Islam Zakaria al-Ansari, Imam Ibn Daqiq al-Eid, Imam al-Izz Ibn Abd al-Salam, Abd al-Ghani al-Nabulsi, Sheikh Ahmad al-Sirhindi, Sheikh Ibrahim al-Bajuri, Imam al-Ghazali, Shah Wali Allah al-Dahlawi, Imam al-Nawawi, the hadith master (hafiz, someone with 100,000 hadiths by memory) Abd al-Adhim al-Mundhiri, the hadith master Murtada al-Zabidi, the hadith master Abd al-Rauf al-Manawi, the hadith master Jalal al-Din al-Suyuti, the hadith master Taqi al-Din al-Subki, Imam al-Rafi’i, Imam Ibn Hajar al-Haytami, Zayn al-Din al-Mallibari, Ahmad ibn Naqib al-Misri, and many many others.

Imam al-Nawawi’s attitude towards Sufism is plain from his work Bustan al-arifin [The grove of the knowers of Allah] on the subject, as well as his references to al-Qushayris famous Sufi manual al-Risala al-Qushayriyya throughout his own Kitab al-adhkar [Book of the remembrances of Allah], and the fact that fifteen out of seventeen quotations about sincerity (ikhlas) and being true (sidq) in an introductory section of his largest legal work (al-Majmu: sharh al-Muhadhdhab. 20 vols. Cairo n.d. Reprint. Medina: al-Maktaba al-Salafiyya, n.d., 1.1718) are from Sufis who appear by name in al-Sulamis Tabaqat al-Sufiyya [The successive generations of Sufis]. Even Ibn Taymiyya (whose views on Sufism remain strangely unfamiliar even to those for whom he is their “Sheikh of Islam”) devoted volumes ten and eleven of his Majmu al-fatawa to Sufism, while his student Ibn Qayyim al-Jawziyya wrote his three-volume Madarij al-salikin as a detailed commentary on Abdullah al-Ansaris Manazil al-sairin, a guide to the maqamat or “spiritual stations” of the Sufi path. These and many other Muslim scholars knew firsthand the value of Sufism as an ancillary shari’a discipline needed to purify the heart, and this was the reason that the Umma as a whole did not judge Sufism to be a bid’a down through the ages of Islamic civilization, but rather recognized it as the science of ikhlas or sincerity, so urgently needed by every Muslim on “a day when wealth will not avail, nor sons, but only him who brings Allah a sound heart” (Qur’an 26:88). And Allah alone gives success. 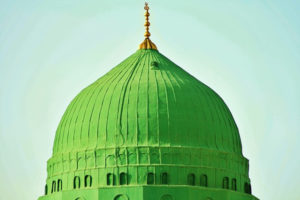 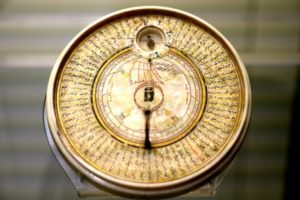 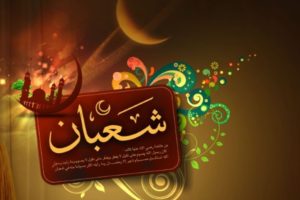